Vladislav Tretiak: "The first Hockey Classic has gone down in history" 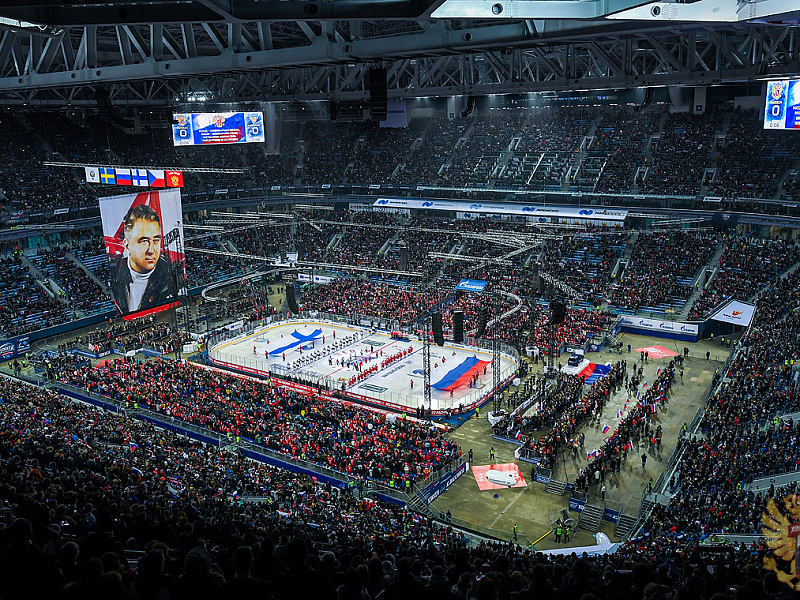 The Russian Ice Hockey Federation put a lot of work into organising the 2018 Channel One Cup match between Russia and Finland at the Gazprom Arena in Saint Petersburg. This game has gone done in Russian and world ice hockey history. This is down to our partners and sponsors who were interested in this event. We worked hard to organise the match and I think everyone did a great job. We proved this country loves ice hockey and it wasn't that hard to attract people to the stadium.

The senior national team played brilliantly at the 2018 Channel One Cup. Against Sweden, we showed our character, and this is something which decides the outcome of the majority of matches. That victory gave us confidence for the next two games. The result pleases us, but moving forward, we have two more Euro Hockey Tour stages in which to look at national team candidates. Let's not forget how tough it was for the players competing at the Karjala Cup and the Channel One Cup. I would like to thank them for their effort.

The Olympic team, which is made up reserve players for the senior side, won the Luzern Cup in Switzerland and this shows that the team is on the right path. All of the players received a fantastic experience and some performed excellently.

Russia U17 participated in a unique project. In Ufa, the Russian-Chinese Winter Games took place, and our players won both matches against China. For us, it's important that these games bring the two countries closer together culturally. Over in the USA, the senior Russian women's national team defeated the Buffalo Beauts in three games.

The World Hockey Forum in Moscow was very productive. This was the third consecutive year when the event was held with the support of the Russian Ice Hockey Federation, with the best ice hockey specialists and experts gathering to discuss the current state of affairs in our sport. All of us are trying to make ice hockey available for everyone.

The Russian Ice Hockey Federation put together the strategic plan for the new Olympic cycle between 2018 and 2022. This is linked with the Red Machine National Development Program which tracks the training process of young players. Our strategy includes developing ice hockey infrastucture and constructing new sporting facilities.