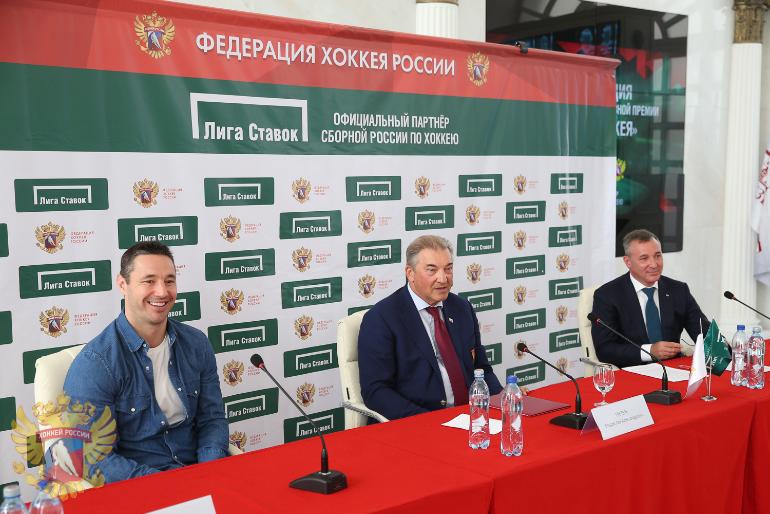 It was announced that "Ice Hockey Heroes" awards will be handed out at a special ceremony on November 6, 2018. It's a joint project created by the Russian Ice Hockey Federation and Liga Stavok.

- Since 2016, we have cooperated with Liga Stavok, and so far we've worked well together with excellent results. We signed an agreement for the Channel One Cup, subsequently won that competition, and then we claimed Olympic gold in February 2018. Liga Stavok are one of our most important partners with huge potential. It's nice that they are very serious about our projects, especially the Red Machine National Ice Hockey Development Program.

- We are doing everything to make ice hockey more popular among our population. We want more local ice rinks, more modern ice hockey technology and comfortable facilities for training. We're eager for ice hockey to be the people's game, not just for the elite.
#Партнеры
Last game
U18 Exhibition games
2 : 5
Belarus U18
Belarus, Minsk, Chizhovka-Arena