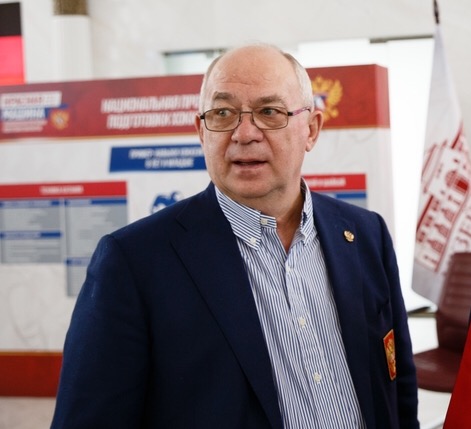 Steblin Alexander Yakovlevich
Born on the 16th of May 1948
Soviet ice hockey playe
Played for Dynamo Moscow, Dinamo Riga, Torpedo Podolsk, Binokor and Apatitstroi
Won the USSR second division in 1970
Was the Russian national team's general manager at the 1998 Olympic Games
Has worked for many years in the IIHF
President of the Russian ice hockey league since 2012
Won a national award in 1996