Interviews after the first U18 World Championship match 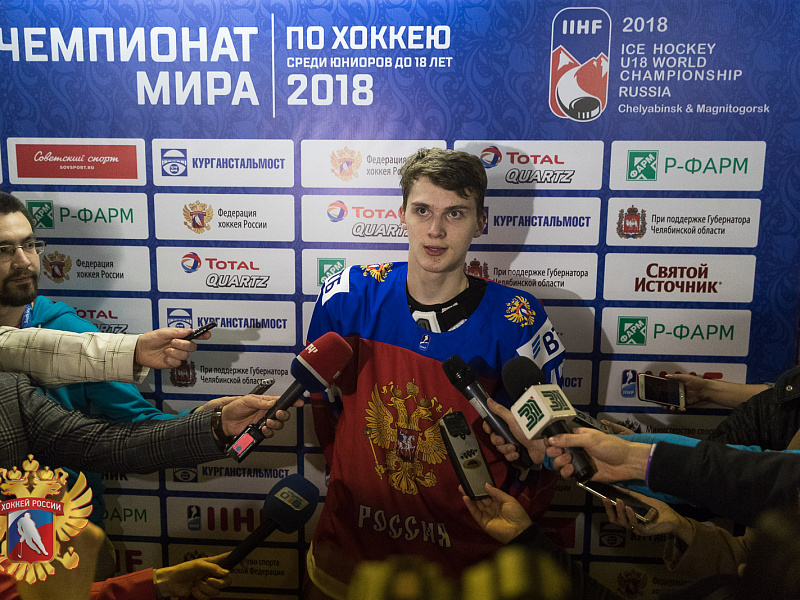 - In the first period, the puck fell to me and I only had to shoot into the empty net, thanks go to my teammates. It's a shame that we forgot about defence in the third period and allowed the opponents to equalise. Today, the Traktor Arena was full, the emotions were totally different in comparison to the exhibition games. The support from the fans was fanatstic. In the dressing room, the coaches thanked us for the performance and told us what mistakes we have to work on.

- We needed this first win to get three points on the board, the fans supported us brilliantly. During the first five minutes, we were a bit nervous, but we improved after scoring the opening goal. It's great to have my family here in Chelyabinsk for this competition, I played for seven years at this arena. Chelyabinsk have the best supporters, the atmosphere was amazing! We have long been waiting for this tournament, even silver wouldn't satisfy us. We want to win.

- It's a shame that we lost Ruslan Iskhakov in the first period, but we managed to continue playing well and won the match. I wish Ruslan a speedy return to the ice! I wouldn't say that this match against France was like a training session, the opponents fought hard despite the score.