Russia U18 have trained in Chelyabinsk 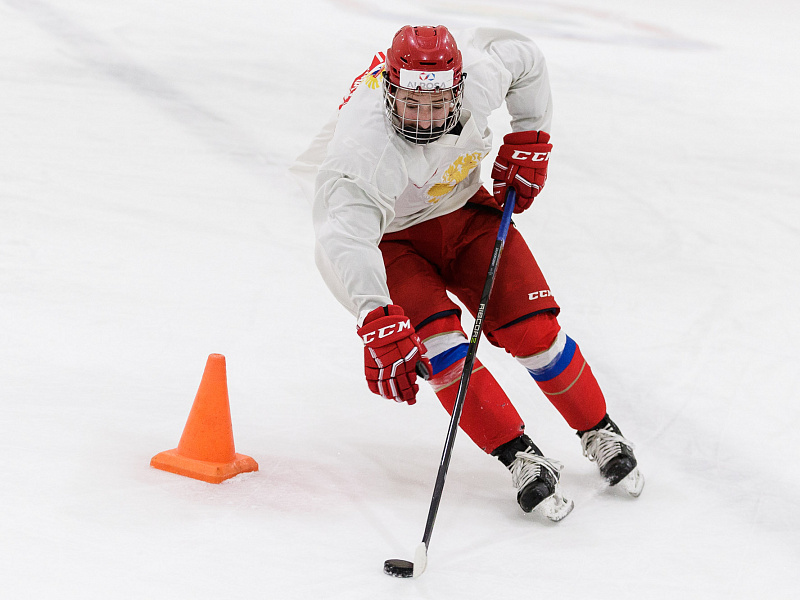 Main
In Chelyabinsk, the under 18 Russian national team trained in these following lines:

- Yesterday, it was difficult training because of the flight and getting used to the ice, but things were a lot easier today. Tomorrow, we'll play a friendly match and feel a lot better. The roster for the World Championship hasn't been decided yet, so we need to fight for our place. It's nice that the tournament is taking place in Russia, I'm sure that the stadium will be full.

- I feel good after training. The facilities are excellent here, with a great arena, decent ice and nice dressing rooms. I think that there will be a lot of fans at this competition and the atmosphere will be fantastic. Together with Pavel Rotenberg and Maxim Sorkin, my linemates, we are working on our tactics and the friendly matches will prove how well we have been training. There's a great atmosphere within the team.

- Since arriving in Chelyabinsk, we have trained here twice. I'm in a line with Danila Galenyuk, who is a cautious defenseman. He's already made his KHL debut and I enjoy playing with him, he's a great player. This was the first time when we trained at the Traktor Ice Arena, but I've played here in the MHL before. My family and friends will come here to support me personally. In the friendly games against Belarus and Sweden, we have to try and win.