Interviews with Russia U18 ahead of the 2018 World Championship 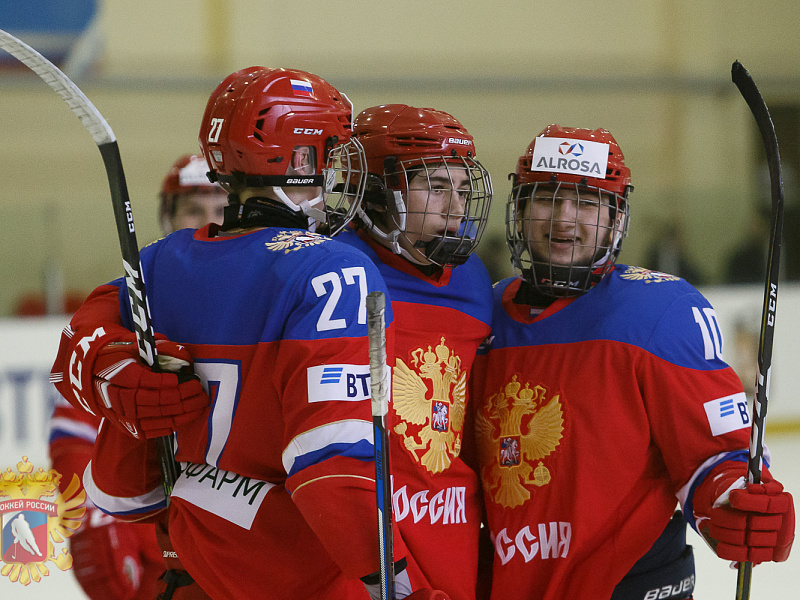 - All of the guys here deserve to be in the national team, they are players of a high level. We would like to see Andrei Svechnikov a number of other players, but there are reasons behind their absence. Andrei Svechnikov's team are playing in the playoffs at the moment, the series score is 2:1 there but if his club win, there is practically no chance of him travelling here. It's too early to speak about Alexander Khovanov as well. Grigory Denisenko has a shoulder injured and probably won't play at the World Championship.

I don't know who will be the starting goaltender yet, the friendly matches will decide that. We will take five lines to Chelyabinsk, the players should show that they are leaders in every game. No one is guaranteed a place on the final roster. We will choose the captain after playing Sweden. This season, we travelled to Canada and the USA, we have a plan if we play against them. Our group is strong. The goal for the competition is to play great ice hockey and win the championship.

- We played well in the exhibition game against Dynamo Moscow and scored a lot of goals. However, we conceded three goals because of our simple mistakes. Taking into account that we're playing at home in this World Championship, our task is to win gold. We will do everything in order to win. The first stage of training here was tough, but things have got better after these two friendly matches.

- We aren't speaking a lot of about the possibility of Andrei Svechnikov and Alexander Khovanov travelling here, they're strong players but if they don't arrive we'll play without them. We haven't won the U18 World Championship for eleven years, so we need to become champions.