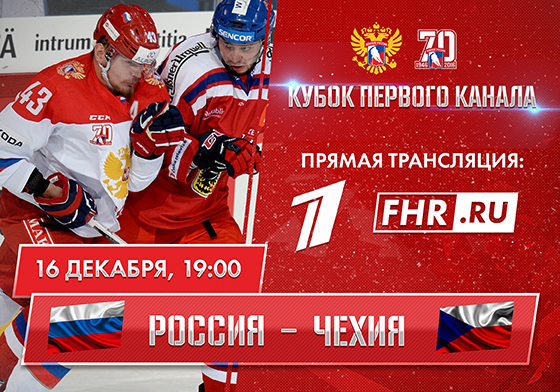 Today on the 16th of December, the senior Russian national team will play against the Czech Republic for the second match of the Channel One Cup.

It was a disappointing opening to the tournament yesterday, as despite Vladislav Gavrikov netting an early goal, our players lost 1:3 to Sweden. Nevertheless, that loss will only spur on team on to perform even better today.

At the Karjala Cup, Russia got the better of their Czech opponents 3:0. Ilya Sorokin tallied up a shutout in that game.

The Russia - Czech Republic match will begin at 19.00 local time inside the Moscow Ice Palace, Moscow. Match Igra will broadcast live, and you can follow events by subscribing to our official Twitter account.