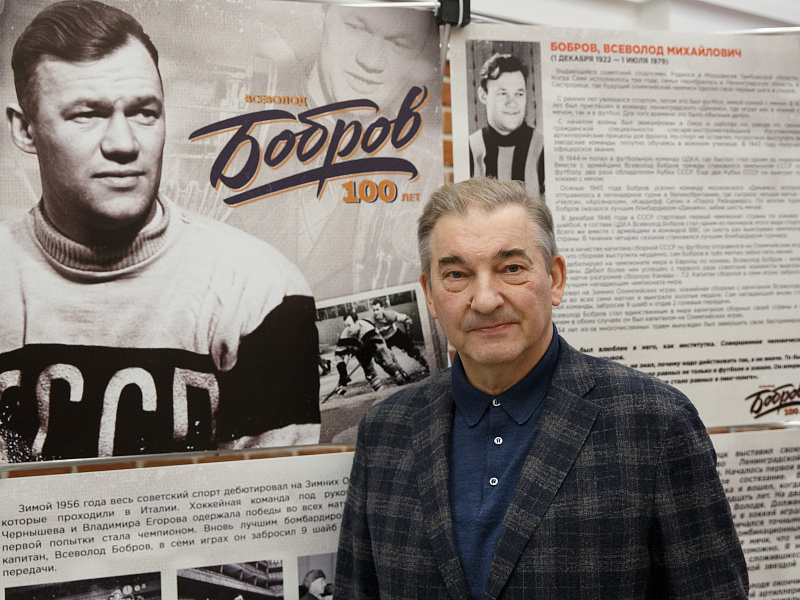 Main
In connection with the 100th anniversary of Vsevolod Bobrov's birthday, who was born on the 1st of December 1922 and achieved a glittering career while becoming the first captain in the history of the USSR national team, president of the Russian Ice Hockey Federation Vladislav Tretiak opened a special exhibition in his honour.