Interviews after the Women's World Championship match against Canada 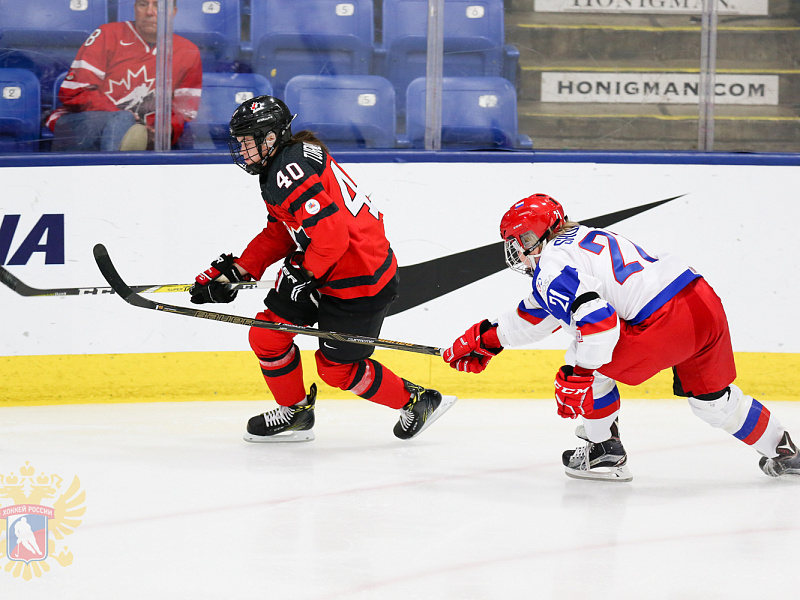 - We need to sit down and analyse what mistakes we have made. Tomorrow, the team will have their deciding match against Germany. The girls were ready to play Canada today, they tried hard. When the score was 0:0, we had a breakaway chance which we failed to take advantage of. After that, we conceded four goals in just five minutes. Our biggest mistake is that players lose their concentration. The players have too many emotions, they skate forward looking for goals and end up conceding on the counterattack.

- At the start of the game, we didn't listen to the coach and tried to attack. Maybe we underestimated the Canadians after their loss to Finland, we thought that we could beat them. Now we have to forget what happened in the group stage and focus on the quarter-final against Germany. It will be even harder than in the group, but I think that we will be fine.

- Canada have a fast team which is good technically and tactically. Nevertheless, we started the match well. However, after that, we lost concentration and conceded four poor in the final five minutes of the first period. Canada play for the entire sixty minutes, whereas we don't keep concentrated. Now, we have to move on to the quarter-final. All games at the World Championship are important, but now the knockout matches are starting. I think that the coaches will tell us what to do and we will fight for the Russian national team.