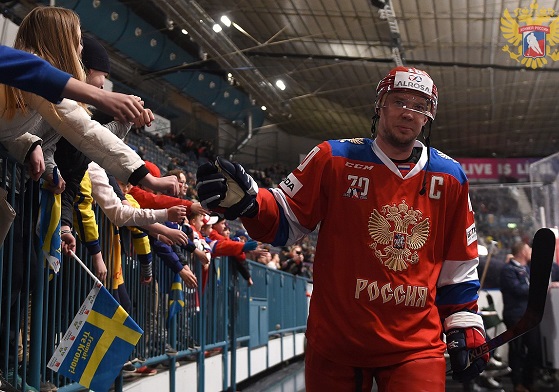 Sergei Mozyakin has competed in 150 Russian national team matches, picking up 117 points (62+55). In the overall Russian rankings, he only trails Ilya Kovalchuk who has 134 points.

Defenseman Ivan Provorov made his senior national team debut. Before this game, Nikita Kucherov and Vladislav Namestnikov had never played in the Euro Hockey Tour.

For the first time, Vladimir Tkachyov made three assists in a national team match. He already has 10 points in this year's Euro Hockey Tour (3+7).

Russia and Sweden played against each other at the HOVET Arena for the first time in history.