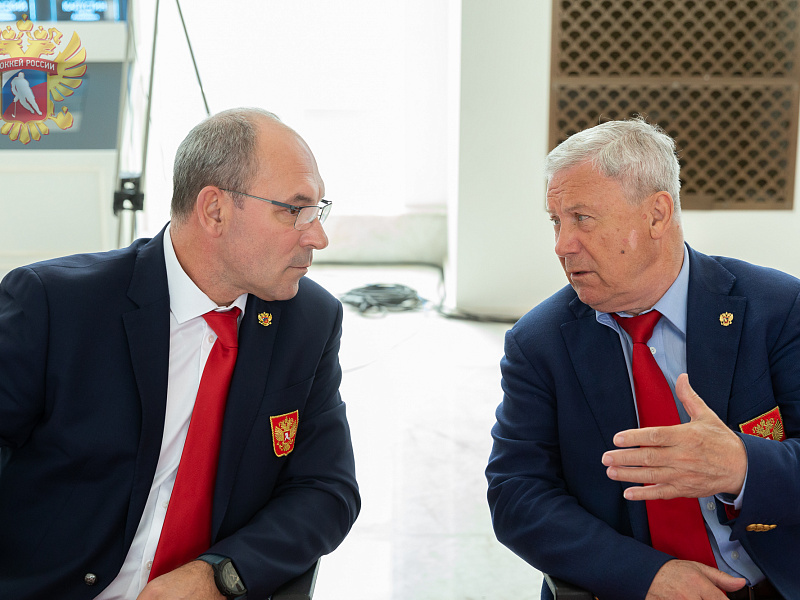 Evgeny Bobariko, Alexei Zhamnov, Alexei Kudashov and Sergei Fyodorov, who worked with the men's and women's national teams at the 2022 Olympic Games in China, were invited to the coaching council's meeting. Bobariko and Zhamnov, who coached the women's and men's teams respectively at the tournament, reported on the performance at the Olympics. The meeting's participants evaluated their work from a coaching point of view.

- This was a productive and useful meeting. Professional questions were asked, members of the coaching council evaluated the work of the men's and women's national team management group concerning the Olympic Games. The issues which resulted in the teams not achieving their respective targets were also discussed.

The task for the men's team was to win gold, while the task for the women's side was to finish in a medal position. The work of both Zhamnov and Bobariko has been deemed satisfactory. All decisions concerning next season will be taken by the RIHF in due course.
#Тренерский Совет ФХР
Last game
2022 Black Sea Cup
2 : 5
Belarus U20 U18
Russia, Sochi, Iceberg