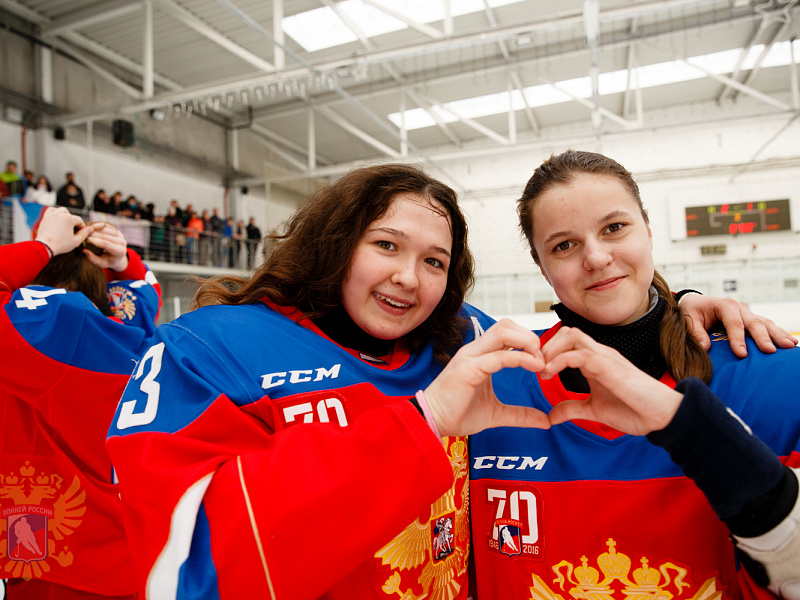 - I would like to thank the girls for their effort in the final. Everyone was a team player, and the goalkeeper put on excellent performances. We have managed to write our page in history and become the first ever European Cup champions. Thanks go to the organisers and the Russian Ice Hockey Federation for giving us the opportunity to compete here.

- It was difficult being captain, but my teammates helped me out. All of the players gave their best and everything eventually worked out. The match against the Czech Republic was tough, we made mistakes and took a lot of penalties. The Czechs play physical too, especially when they don't get their own way. It's really prestigious to win the first European Cup.

- We had to win this tournament! It's great that we have become the first European champions in history. The fact that we didn't have a break between any of the competition matches didn't take its toll, we were all full of energy. When I scored, I skated out from behind the net and fooled the goalkeeper.

- The final was a challenging match, but the girls did their job well. No one let their heads drop when the Czechs got back to within one goal at 2:1. They had a lot of chances in the third period, however our goalkeeper pulled off fantastic saves. Unfortunately, we earned too many penalties. I didn't play too well in the first tournament matches, but I improved and did well today. The main thing is that we are the European Cup champions!