Russia U18 interviews ahead of the 2022 Black Sea Cup 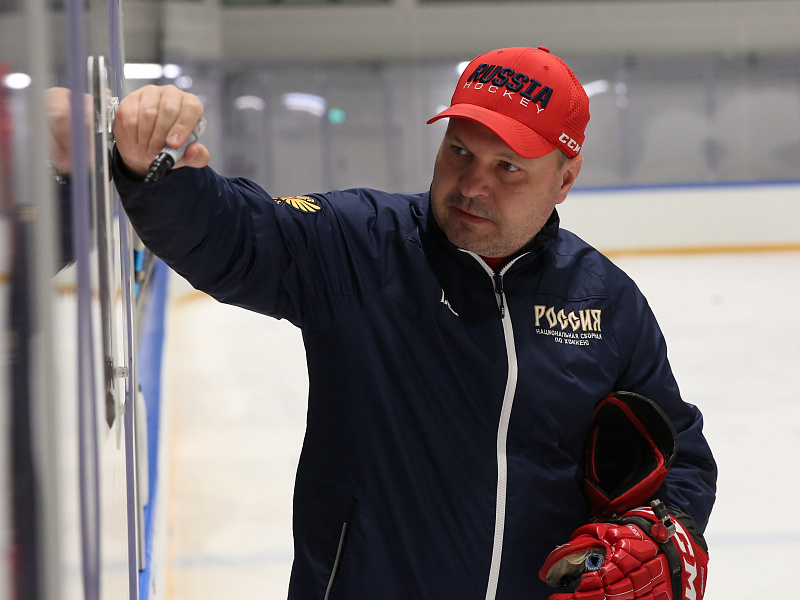 Main
Russia U18 head coach Igor Efimov, defenseman Ilya Remezovsky and forward Timur Mukhanov all shared their expectations for the upcoming 2022 Black Sea Cup, which will take place at the Sirius Educational Centre in Sochi between the 25th and 30th of May.

- I am happy that the Russian Ice Hockey Federation managed to organise this training camp. Every year, our players undergo a thorough medical examination. Without this examination, they are not permitted to train.

We have called up a number of candidates for the national team, the guys know that coaches from both the under 18 and under 20 sides are keeping an eye on them. They have travelled here in a good mood, the facilities at the Sirius Educational Centre are fantastic. All of us are really happy to be working. The Black Sea Cup is the perfect tournament for us, these matches will give our players the opportunity to compete against guys who are a couple of years older than them. This will allow them to progress and develop.

Furthermore, we have decided to let our players join up with their clubs for the Russian championship. I would like to wish them luck at the competition!

- We are all in a great mood, we hadn't seen each other for a long time. We want to win the Black Sea Cup, it's a fantastic opportunity to test ourselves against older opponents. We will now play for our clubs at the Russian championship before the Black Sea Cup begins? This is normal, we had to undergo our medical testing before playing for our club teams again.
#Юниорская U18 #Кубок Чёрного моря
Last game
2022 Black Sea Cup
2 : 5
Belarus U20 U18
Russia, Sochi, Iceberg