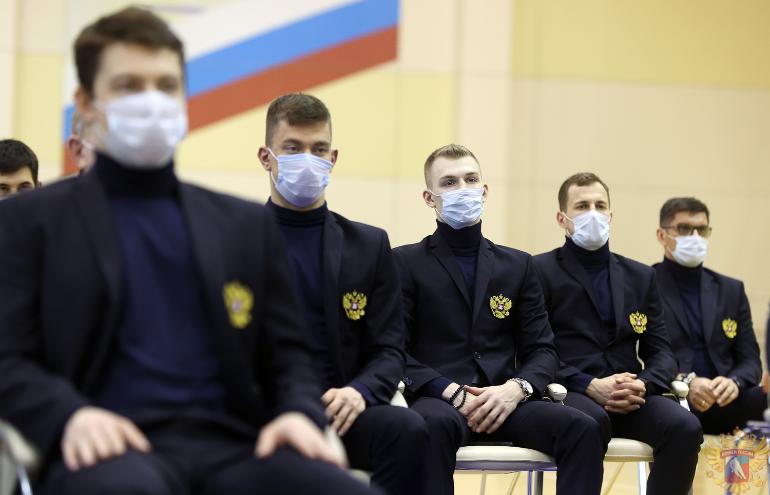 Main
On January 25, the players, coaches and staff members of the Russian national teams participated in a video conference with the President of the Russian Federation, Vladimir Putin. As a consequence of maintaining isolation regulations, the men's and women's teams sat in difference halls at the Novogorsk training complex.

The President wished the teams success at the 2022 Olympic Games which will take place between the 4th and 20th of February in Beijing, China.