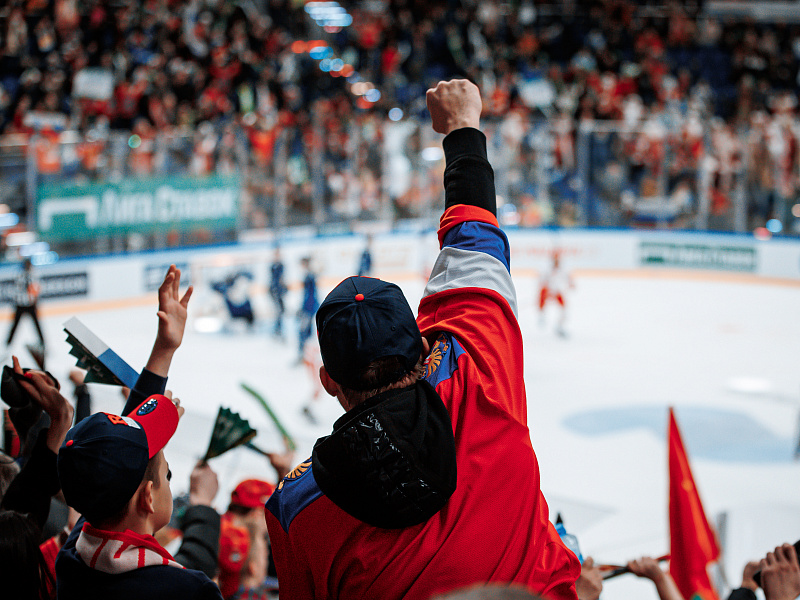 Main
This year, matches of the Channel One Cup in Moscow attracted a record amount of television viewers.

The tournament was the second stage of the 2021/2022 Euro Hockey Tour.

More than 50 million viewers tuned into Russia's games during the competition, an average of 12.7 million per match (38% more than in 2020). Furthermore, 14 million people watched the game between Russia and Finland, a new record for one singular match.

The average share of broadcasts of matches with the participation of the Russian national team (the percentage of viewers of broadcasts among the total television audience at a given time) was more than 9% (audience 18+). This figure has grown by 55% compared to 2020.

- We would like to extend a huge thank you to all supporters of our national team! Every year, the RIHF undertakes all possible efforts to ensure that the Channel One Cup is a true celebration of ice hockey. This year, it took a lot of hard work to make sure that we could fill the stadium to 70% of its capacity. I am happy that in the 75th year of the sport in our country, ice hockey is at the centre of attention for millions of Russian citizens. Our partners are satisfied with the level of interest and consequently saw the effectiveness of cooperation with the Russian national team. I'm confident that we will continue working together concerning the development and promotion of ice hockey in our country. I would like to thank Channel One for its contribution to the promotion of ice hockey in Russia, broadcasts of the competition games are always held at the highest level. It's vital that the entire country has the possibility to watch our home stage of the Euro Hockey Tour live on television.
#2021 Channel One Cup
Last game
World Junior Championship 2022
4 : 2
U20 Switzerland
Canada, Red Deer, WP Centrium