Retro jerseys for the 2021 Channel One Cup 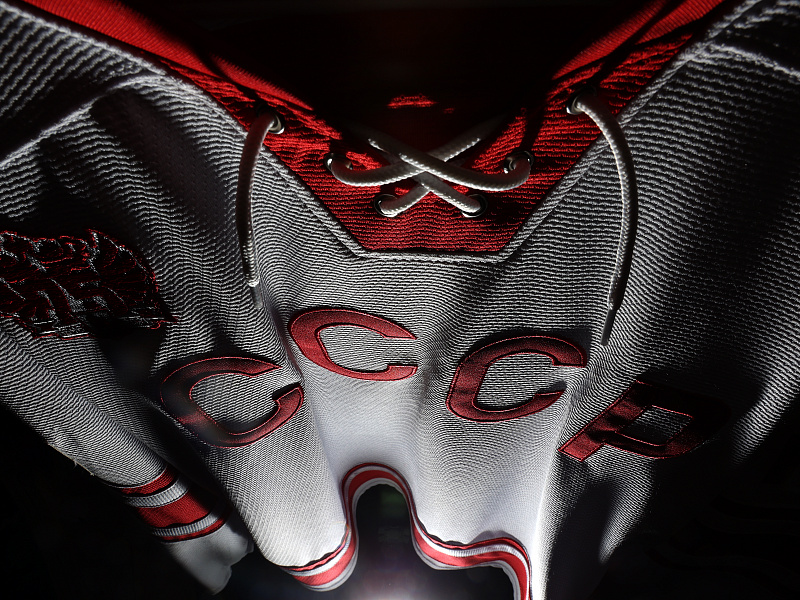 Main
In honour of the 75th anniversary of ice hockey in Russia, the senior Russian national team competed in special red and white jerseys during the Channel One Cup in Moscow, the second stage of the 2021/2022 Euro Hockey Tour.

The red design is based on the jersey which was worn by the USSR national team at the triumphant 1956 Olympic Games, the first time when the nation won the competition. 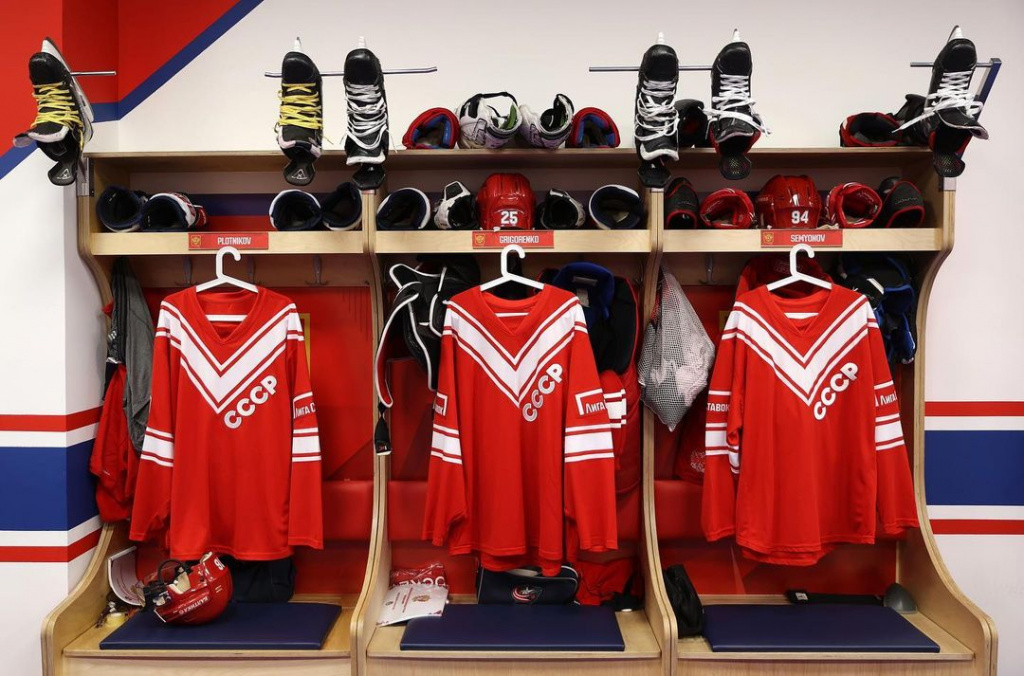 The white design is based on the jersey which was used by the national team between 1964 and 1968, a period which saw the Soviet Union win two Olympic gold medals and remain undefeated in World Championship matches. 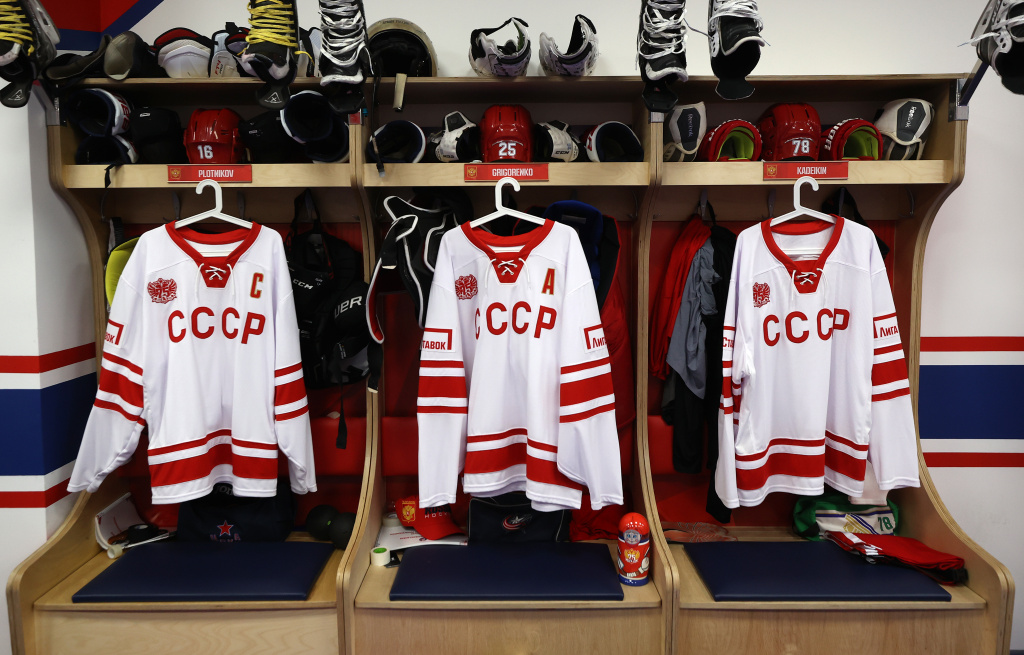