Vladislav Tretiak: "Russia will compete with a strong squad at the Channel One Cup" 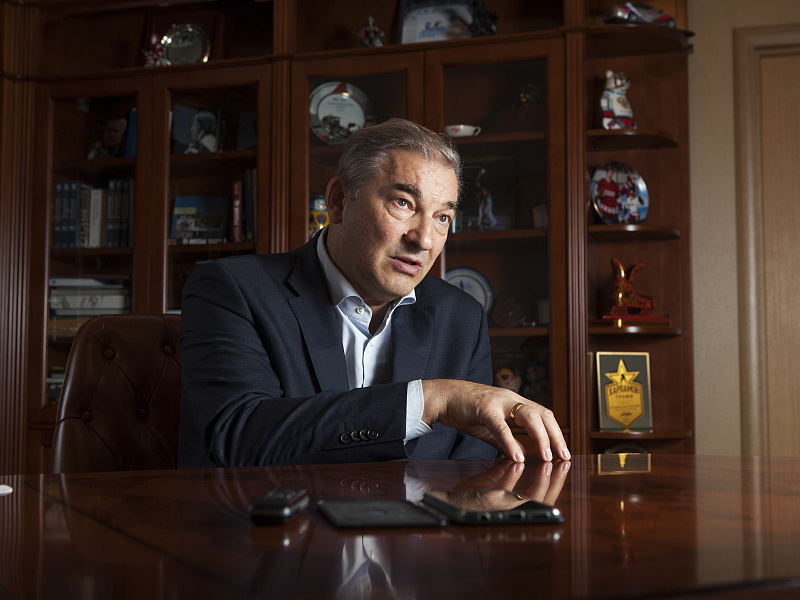 The November competitions for our national teams have reached their completion. In Finland, our senior national team participated in the first stage of the Euro Hockey Tour, while our Olympic national team played in the Germany Cup and our under 20 team competed in the Four Nations in Sweden.

All teams undertook a lot of work both before and during their respective tournaments. Players born in 2002, 2003 and 2004 received the opportunity to play at senior international level in the opening phase of the Euro Hockey Tour, an experience which will serve them well for the future.

In particular, 16-year-old forward Matvei Michkov set the record for the youngest player to play and score for the senior national team. I want to wish for Matvei to continue progressing, we all want him to play a major role in our national team's success! When he scored that fantastic goal against Sweden, I was really happy for him. The fact that he managed to pull off a lacrosse-style attempt at senior level against such an opponent proves that he is a strong player not only technically, but also mentally.

Yes, the national team finished in third place of the Karjala Cup, but our main task was to see the young players in action on the ice. The management group has received a lot of important information with the Channel One Cup, the World Junior Championship and the senior World Championship in mind. It's worth remembering that our national team will compete at the Hartwall Arena in Helsinki during the group phase of the 2022 World Championship on Finnish ice.

Over in Sweden, our under 20 national team managed to win the Four Nations, beating Finland, the Czech Republic and the host nation while scoring an impressive total of 16 goals in the process. Hopefully, this will help our team perform successfully at the upcoming World Junior Championship this winter.

December is now ahead of us, a month in which we will celebrate 75 years of Russian ice hockey. We will hold a number of celebratory events in connection with this special anniversary!

This year, Canada will also participate in the Channel One Cup in Moscow, a tournament which forms the second stage of the Euro Hockey Tour. Russia will compete with a strong squad, and we will do everything possible to ensure that fans can support our team at the arena. We need the support of all fans both at the stadium and at home!