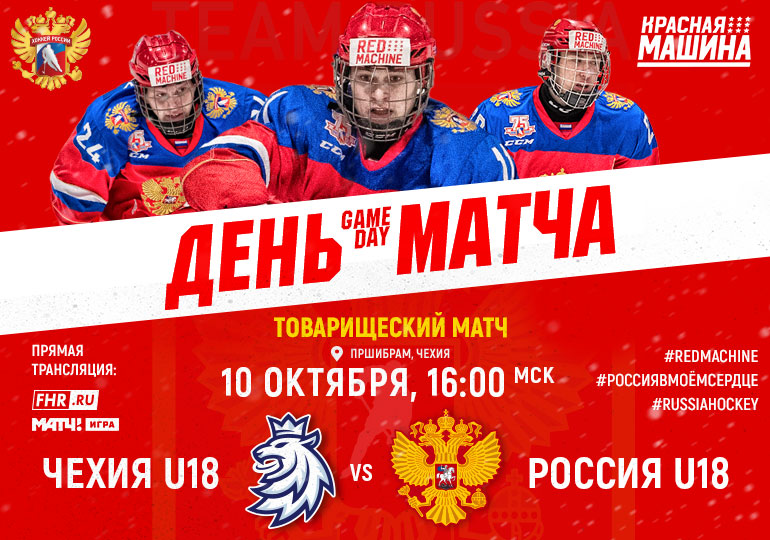 Main
Today, at 16:00 Moscow time, the under 18 Russian national team will participate in the third of three planned friendly matches against the Czech Republic on the road.

In the first match, Roman Kantserov, Artyom Barabosha and Kirill Dolzhenkov secured the victory with excellent goals, with our team having to come from 1:3 down to eventually win the game. Dolzhenkov scored twice in the third period to see off the Czech challenge.

A live broadcast can be enjoyed on the following link.
#Юниорская U18
Last game
U18 Exhibition games
2 : 4
Czech Republic U18
Czech Republic, Pribram, Zimni stadion Příbram