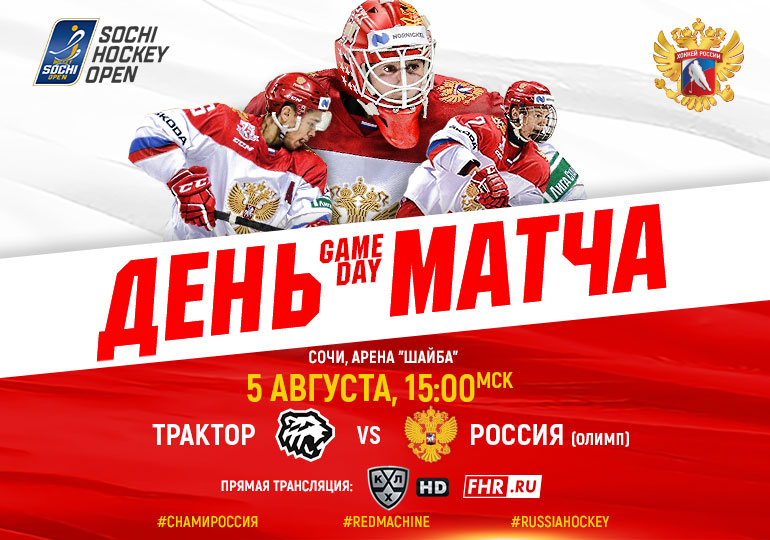 Teams
The Russian Olympic national team will compete against Traktor Chelyabinsk in the second match of the 2021 Sochi Hockey Open.

Yesterday, our players came up short when playing with Avangard Omsk, conceding a 1:5 defeat. Initially, Nikita Chibrikov had opened the scoring in the first period, but Avangard subsequently went on to score five unanswered markers to emerge victorious.

For their part, Traktor made a positive start to the competition, beating Avangard 6:3 in an entertaining encounter.

Puck-drop is scheduled for 15:00 Moscow time. You can watch a live broadcast on the following link.
Last game
U20: 4 NATIONS TOURNAMENT IN SWEDEN
2 : 5
Sweden U20
Sweden, Ängelholm, Catena Arena