Expert Council hearing at the Russian Ministry of Sport 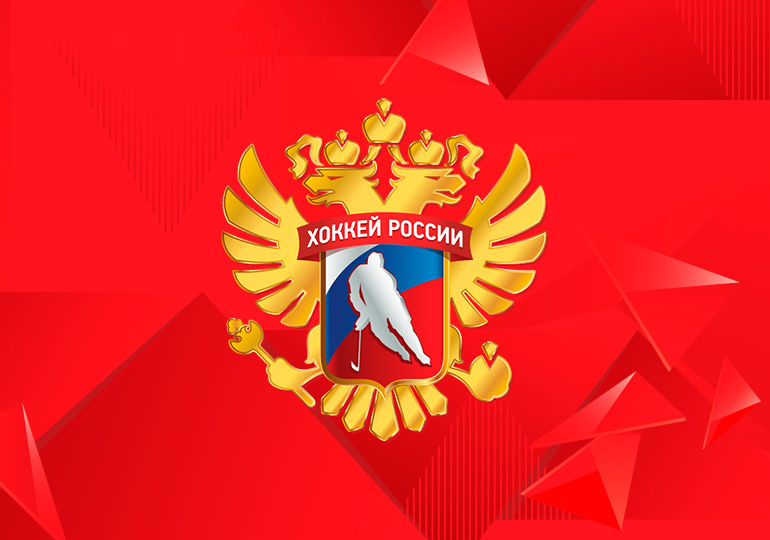 Federation
A hearing of the Expert Council took place at the Russian Ministry of Sport dedicated to the results of the 2020/2021 season and the Russian national team's preparation for the 2022 Olympic Games.

Valeri Bragin presented a report concerning the Russian national team's performances throughout the season. The head coach noted that, despite the pandemic, the team managed to hold all four planned training camps. The team set a record of 10 consecutive victories in the Euro Hockey Tour, with 12 matches in the competition having been played. Taking into account four Euro Hockey Challenge games, eight World Championship matches and the club games, the leading Russian players participated between 70 and 85 matches in the season.

The team for the World Championship consisted of the best Kontinental Hockey League (KHL) players. However, as a result of injuries, the strongest players (for example Maxim Mamin, Kirill Semyonov and Vadim Shipachyov) couldn't play at the World Championship. Konstantin Okulov, Mikhail Grigorenko, Sergei Tolchinsky, Andrei Kuzmenko, Pavel Karnaukhov and Artyom Zub all picked up injuries during the tournament, but despite the injury issues, the team claimed first place of the group and was in optimal shape for the knockout phase.

In the quarter-final, Russia had an advantage against Canada, with the game being played in accordance with the management group's scenario. Vladimir Tarasenko received a high-sticking penalty in the third period (later it became clear that this did not deserve a penalty), a penalty which resulted in Canada equalising on the powerplay. Russia conceded one goal while playing on the penalty kill three times.

Overtime, which was held using a 3-on-3 format, was decided by the experience of playing 3-on-3 and individual quality. In Canada, children train in accordance with the 3-on-3 format, a factor which means that their players are experienced and knowledgable when using this format. On the other hand, however, this format hasn't long been used in Russia: the KHL introduced it in the middle of the 2016/2017 campaign. For its part, the International Ice Hockey Federation (IIHF) began using it in the group stage of the World Championship in 2017, before it was subequently extended to knockout games in 2019. North American opponents do have an advantage when playing 3-on-3 at the moment, with our domestic players currently having limited 3-on-3 skills.

Valeri Bragin admitted that the coaching staff made mistakes concerning game management at the World Championship. They will be corrected when preparing for the 2022 Olympic Games.

It's also important to note that not all KHL clubs like to promote a culture of an active, aggressive style of playing the game, an approach which is required when competing against the Canadians. A lot of KHL participants play a cautious brand of ice hockey, which can only produce good results at KHL level and in individual games; not at international level.

Players from such clubs are accustomed to playing such a passive style of ice hockey when they join up with the national team. This is especially clear in tense situations against strong opponents, and this manifests itself despite the demands of the coaching staff to play aggressive ice hockey and to compete with the initiative.

It is evident that such skills have to be improved with the aim of developing the players and raising their capabilities of playing at international level.

Following Valeri Bragin's report, the ensuing discussions largely concerned the preparations for the 2022 Olympic Games. Representatives of the RIHF presented a report with regard to the developed plans for the competition, both with and without the participation of National Hockey League (NHL) players.

The Ministry of Sport offered its services with regard to its analytical centre, and also assistance in organising a preliminary trip to China for a RIHF delegation (with the aim of inspecting, analysing and choosing infrastructure for direct preparation for the 2022 Olympics). The Ministry of Sport also revealed its readiness to provide assistance concerning the transportation of the necessary equipment and material/technical support. Another proposal submitted by the Ministry of Sport was the matter of using training centres located in the Far East for Olympic preparation.

During the hearing, the problem of ice hockey rinks and the need to use the same size - 26x60 meters - for all of them was raised. This will be the rink size for the Olympic Games. Moreover, participants of the Expert Council discussed the need to engage in closer cooperation with international sporting organisations to promote and defend Russia's interests in them. This matter is closely linked with the presence of Russian representatives in such structures.

Members of the Council highly rated the RIHF's report, the degree of readiness and and elaboration of matters. It was noted that the report outlined the main parameters of preparation, conclusions, problems and their solutions. The Expert Council agreed with all of the arguments. For their part, representatives of the Ministry of Sport promised to offer its full support and assistance with regard to Olympic preparations. Furthermore, members of the Expert Council issued some recomendations which will be taken into account by the management group of the Russian national team ahead of the 2022 Olympic Games. The RIHF is continuing to actively prepare for the upcoming season.

The Russian Ice Hockey Federation expressess its gratitude to the Ministry of Sport of the Russian Federation, the Russian Olympic Committee and the Federal Medical and Biological Agency. Our well-coordinated work ensured the gold medal at the 2018 Olympic Games, and we are confident that it will ensure that we will be successfull at the 2022 Olympics.
Last game
2022 Black Sea Cup
2 : 5
Belarus U20 U18
Russia, Sochi, Iceberg