Reaction after facing Canada at the 2021 World Championship 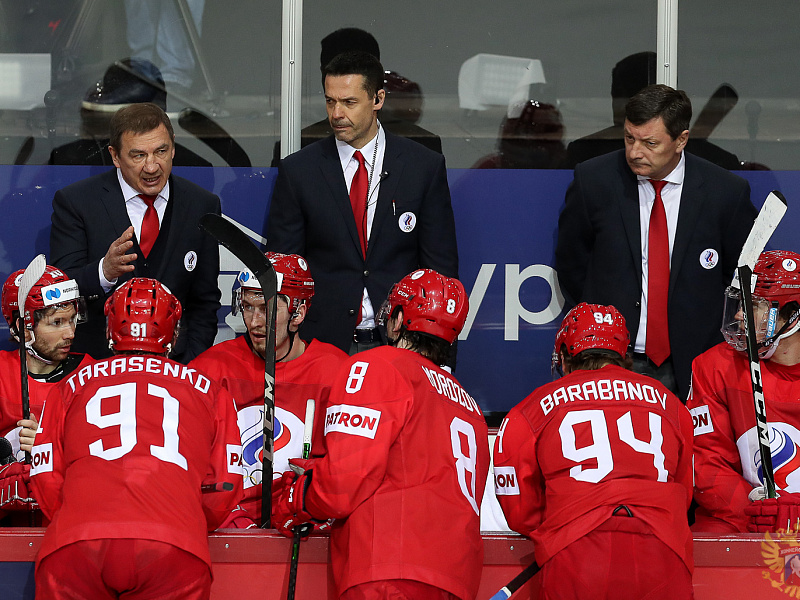 Main
Following the 1:2 overtime loss to Canada in the quarter-finals of the 2021 IIHF World Championship, head coach Valeri Bragin, goalkeeper Sergei Bobrovsky and forward Anton Slepyshev all spoke to the media:

- We are all upset with the result, this is not what we aimed for. At times, the guys did well and created rebounds after taking the initial shots, but we needed to compete with more aggression on the Canadian crease. The opponents focused on defence and didn't make any serious mistakes. Mikhail Grigorenko played with an injury, and Sergei Tolchinsky wasn't in the best condition. Vladimir Tarasenko also tried as hard as he could, I don't have any issues with his commitment. My future with the national team with the Olympic Games in mind? That is not a decision for me to take.

- It is hard to find the words after losing a game like this, we feel really disappointed and sad having lost in overtime. The guys gave everything they had on the ice, I did the same. We understand that the whole country is sad right now. Sadly, we are on the losing side today.

- It's clear that this is not the result which we had wanted to achieve. We all tried, but not everything worked for us. One goal is not enough to win such matches like this one.
#Национальная сборная #Слепышев Антон Владимирович #Бобровский Сергей Андреевич #Bragin Valeri #IIHF WC 2021
Last game
World Championship 2021
1 : 2
Russia Canada
Latvia, Riga, Olympic Sports Centre