Vladislav Tretiak: "We are looking forward to February's competitions" 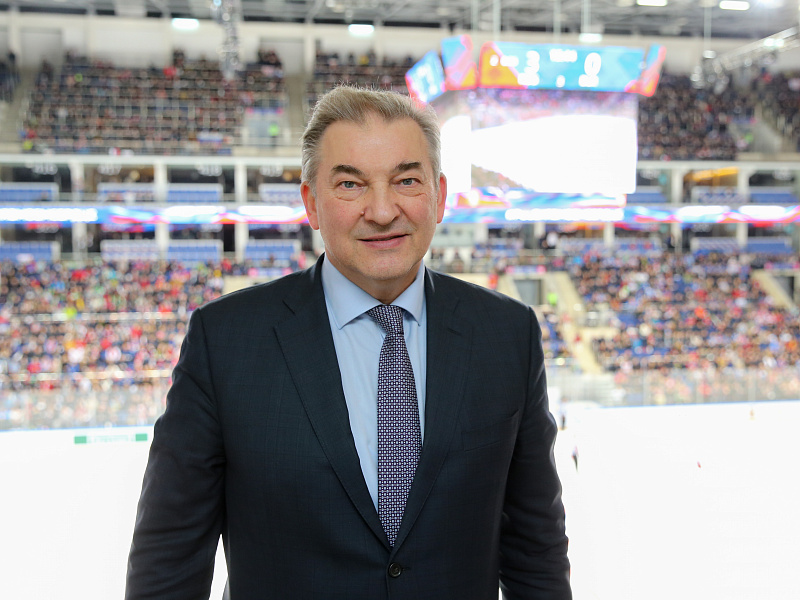 It seems that the year has only just begun, but January is already behind us. It was a month of hard work for us. There are many important events ahead, something which is wonderful for our ice hockey community after the difficulties which 2020 presented us with,

The rosters of the senior and Olympic national teams have been announced for their two respective competitions.

The average age of the senior national team for the third stage of the 2020/2021 Euro Hockey Tour is just 22 years. These are mainly athletes born in 1998-2002, with almost all of them having already played in the national team system.

Separately, I would like to point out 17-year-old forward Nikita Chibrikov. He is not even 18, but he has already established himself well for SKA and received good press. From personal experience, I know that it is always tough when making your debut for the national team at such a young age. Therefore, I want to support Nikita and repeat what I say to all young players without exception: do not pay attention to praise and criticism, continue to work with all your might, listen to the coach, observe the training regime. Only this will produce positive results.

Igor Larionov will act as the head coach of the senior national team in Sweden, with specialists from the under 18 national team helping him. This is an important experience for them ahead of the upcoming World U18 Championship.

I would like to thank our colleagues from the federations of Sweden and Kazakhstan, who will host the two tournaments in question. We at the Russian Ice Hockey Federation (RIHF) know how difficult this is during these times, but the Channel One Cup in Moscow as a very successful competition as a consequence of our specialists' hard work.

We are taking care of our athletes, even if their tournaments are canceled: the women's team and the guys from the under 16 national team are holding training camps in Novogorsk.

Furthermore, the RIHF will take care of the management of the Ice Hockey Museum in Moscow. It was great to see how much everyone cares about the fate of the museum. After all, this is not just a building - it is already a part of the history of our sport, an important museum for which we have big plans. I am sure that many wonderful events will subsequently be staged at the museum!