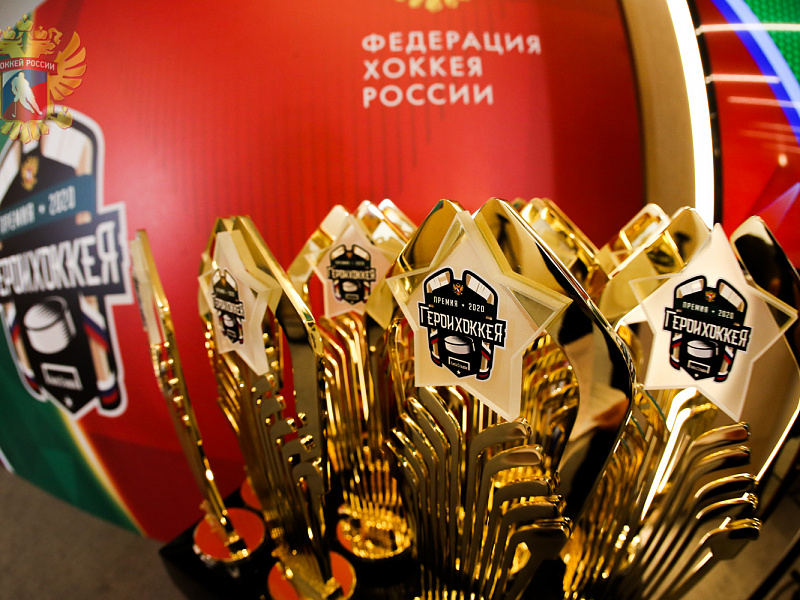 Main
The yearly Hockey Heroes award ceremony took place on December 16, an event which was founded by the Russian Ice Hockey Federation and Liga Stavok, the official partner of the senior Russian national team.

The event was staged in an online format as a consequence of the current global pandemic. It was held as the national team prepare to participate in the Channel One Cup, a tournament which forms the second stage of the 2020/2021 Euro Hockey Tour.

Here are the award winners:

Top Goalscorer (awarded to the top goalscorer in the 2019/2020 season): Anton Slepyshev

Top Scorer (awarded to the top points scorer in the 2019/2020 season): Andrei Kuzmenko

Best Goalkeeper (awarded to the best goalkeeper in accordance with the statistics): Ilya Sorokin

Best Rookie (awarded to the player who has performed the best in his maiden season for the senior national team): Ivan Morozov

Invisible Hero (awarded to the staff member who, according to the national team's management and squad, has made the biggest contribution to the team): Alexander Shishkovich

My Home is Russia (awarded to a high-performing player who recently returned to Russia from abroad): Nikita Soshnikov

National Team Debut (awarded to the player who is performing the best out of players who recently made their senior international debut): Kirill Marchenko

Bet for the Season (awarded to the player who is showing signs of being a leader in the current season): Vadim Shipachyov