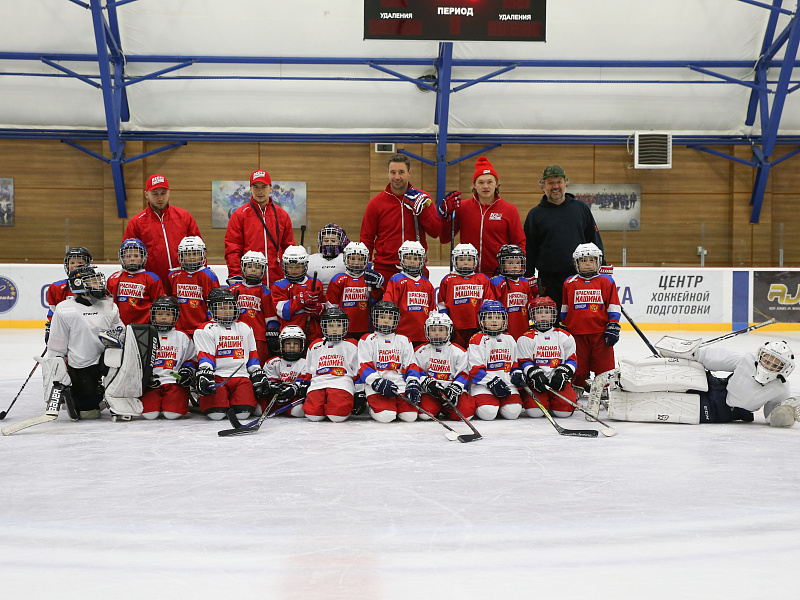 Main
On Tuesday, September 22, Olympic champions and Russian national team forwards Ilya Kovalchuk and Kirill Kaprizov held a master class for members of the Red Machine Junior ice hockey school. The players held a training session in accordance with the Red Machine Development Program, before they participated in a practice match. Kaprizov played for the Reds while Kovalchuk turned out for the Whites.

Everyone subsequently had the opportunity to take photos with the two players.

- I think that the guys enjoyed the experience, that's the main thing. I always receive a lot of energy and positive emotions when we get to train with children. It's great that we now have the Red Machine National Development Program, the players understand what is expected of them and the direction in which they are moving. More ice rinks are being constructed in our country as we continue to develop the sport. Children have the opportunity to develop, the rest depends on them.

- Thank you to the organisers for inviting me here, this was a chance to train ourselves while also helping children at the same time. Hopefully this experience will help them as they begin their journey in ice hockey. It is wonderful that the Russian Ice Hockey Federation is developing projects concerning youth ice hockey, nowadays children have fantastic facilities in which to train and become strong players.
#Ковальчук Илья Валерьевич #Капризов Кирилл Олегович #NHDP Red Machine
Last game
Sochi Hockey Open 2020
1 : 7
HC Sochi Olympic U20 team
Russia, Sochi, Shayba