95 years since the birth of Pavel Zhiburtovich 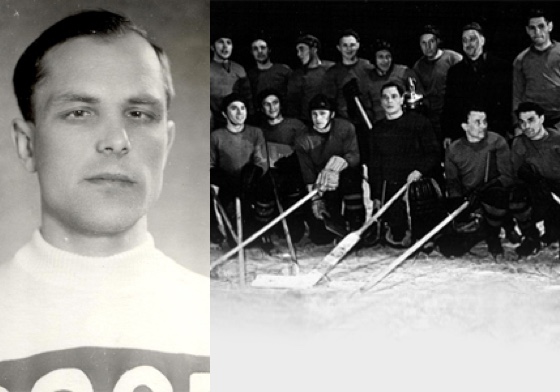 Legends
September 8 marks 95 years since the birth of Pavel Zhiburtovich, an honoured USSR ice hockey player who won the World Championship in 1954 and the domestic championship in 1951, 1952 and 1953.

He was inducted into the Russian Ice Hockey Hall of Fame in 2004.

91 years since the birth of Dmitry Ukolov
Dmitry Ukolov, who won the 1956 Olympic Games and the World Championship in 1954 and 1956 with the USSR national ice hockey team, would have turned 91 years of age today on October 23.
Federation
In memory of Igor Dmitriev
October 19 marks the 79th anniversary of Igor Dmitriev's birthday, a legendary ice hockey coach who won the 1988 and 1992 Olympic Games, the 1989 and 1990 World Championship, the 1987 and 1991 European Championship and a silver medal of the 1987 Canada Cup.
Federation
We congratulate Alexei Kasatonov!
On October 14, two-time Olympic champion, five-time world champion and eight-time European champion Alexei Kasatonov celebrates his birthday.
Federation
We congratulate Alexei Zhitnik!
On the 10th of October, 1992 Olympic champion and Soviet and Russian ice hockey player Alexei Zhitnik celebrates his birthday.
Federation