Reaction after the second game of the 2020 Sochi Hockey Open 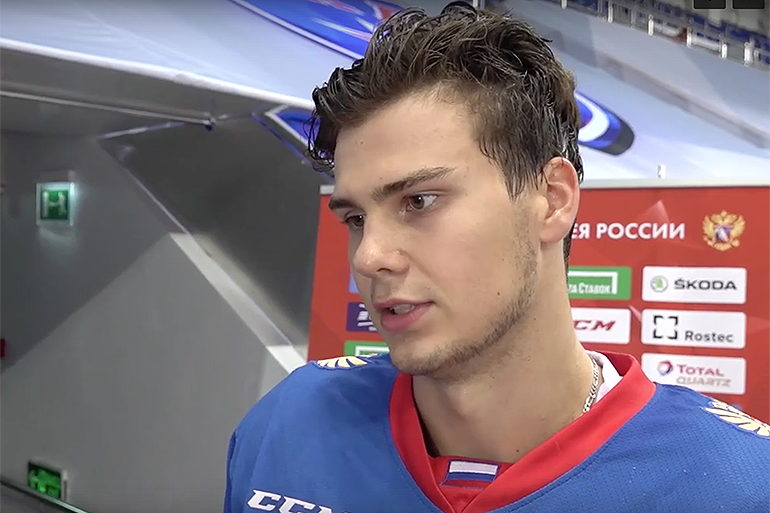 Main
Following the second game of the 2020 Sochi Hockey Open, in which the under 20 Russian Olympic team defeated HC Sochi 10:0, Igor Larionov, Yegor Afanasyev and Yaroslav Likhachyov shared their feelings.

- We wanted the players to have the right mentality and play in the correct manner throughout the entire 60 minutes. I think that the guys felt what it was like to play exciting ice hockey during a whole game, I am satisfied with the performance. In comparison to yesterday, we made changes to the line-up today, giving four different players a chance. We want to have a Plan B which we can implement at any given moment.

- The coaches gave us the task of playing at our best for the full 60 minutes of the match. We'll have a rest tomorrow, before we return to the ice on Friday for the third game against Sochi. The final will be held a day later. Of course, after these two games, my linemates and I have built up mutual understanding. We will continue in the same manner. Yes, we won these matches by a combined score of 16:0, but no one is relaxed. We are moving towards our goal, when you play for Russia you always have to give 100%.

- It actually wasn't that easy to play, the opponents tried to play well and take advantage of any given opportunity. We wanted to perform well tactically and build up our mutual understanding as a team. In our group, all of us know each other, we played together as children. Our goalkeepers didn't have much work to do? We made sure that they touched the puck by playing through him as though he was a third defenseman. I don't know who we will play against in the final of this tournament, but it certainly won't be easy.
Last game
Sochi Hockey Open 2020
1 : 7
HC Sochi Olympic U20 team
Russia, Sochi, Shayba