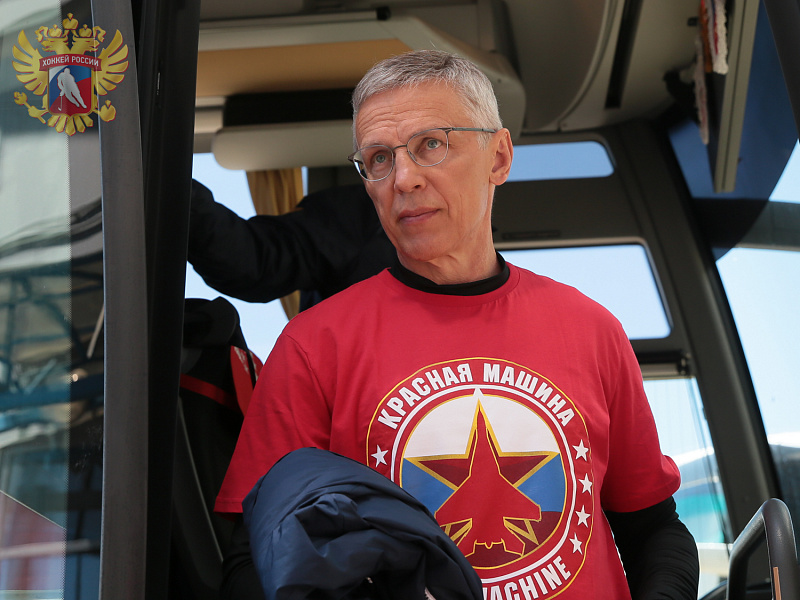 Main
Following the emphatic 6:0 triumph over HC Sochi in the first match of the 2020 Sochi Hockey Open, both Igor Larionov and Yegor Spiridonov shared their opinions.

- The organisation of this tournament is of the highest level. In comparison to the other teams, we are living further away from the stadium, but we have great food and training facilities. Unfotunately, traffic issues resulted in us travelling for an hour and a half to the arena, but I think that we will solve this problem ahead of the next match. The facilities here are of NHL level. Things I don't like to see on the ice? When the opponents are disrespected. It doesn't matter who you play against, you must always respect the opposing team. Our discipline is very important as well, we learnt our lesson in this regard at the last World Junior Championship. Our performance? We want to play great ice hockey. There were mistakes, but we can see the players' potential.

- I have positive emotions from the victory, it was important to start well at the competition. Yes, we will play against Sochi twice more, but we aren't choosing the opponents, we respect everyone. The guys from Sochi fought hard on the ice today and it made for an interesting game. Of course, it's not normal for us to train and play in such weather conditions, but the coaches and medical staff helped us adapt. We have excellent facilities and we aren't in contact with anyone, we play at the stadium and then travel back to our hotel.
#Ларионов Игорь Николаевич #Yegor Spiridonov
Last game
Sochi Hockey Open 2020
1 : 7
HC Sochi Olympic U20 team
Russia, Sochi, Shayba