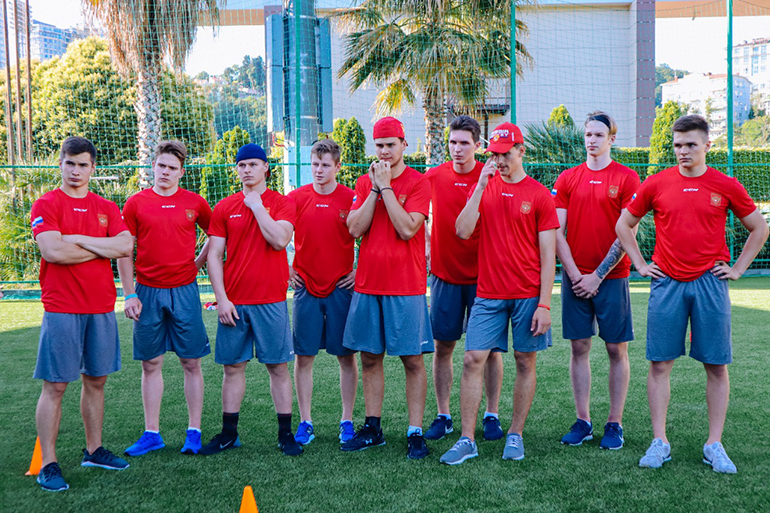 Players who are competing in North America at club level are participating in the camp which will continue until July 24. Following that date, other players of the under 20 national team will join for the Sochi Hockey Open, which is scheduled to take place between July 25 and August 5. The opponents will be HC Sochi, Avangard Omsk, Lokomotiv Yaroslavl and SKA Saint Petersburg.

- Everything has been organised excellently, the facilities are good. The ice is great at first impressions too. The 10 players have been called up from North America, so they need time to adapt. They'll be in better shape when the rest of the players arrive. Today, I was satisfied with the first training session, it's clear how much the guys have missed the process. We are focusing on their skills of passing the puck, making quick decisions and playing as a team. We worked over the elements which make our team exciting to watch and unpredictable.

- I've already had experience of playing for the Russian national team, but now I need to gain new knowledge from the coaches. Of course, the climate here in Sochi is different than what we are used to, so the body reacts in a different way.
Last game
Sochi Hockey Open 2020
1 : 7
HC Sochi Olympic U20 team
Russia, Sochi, Shayba