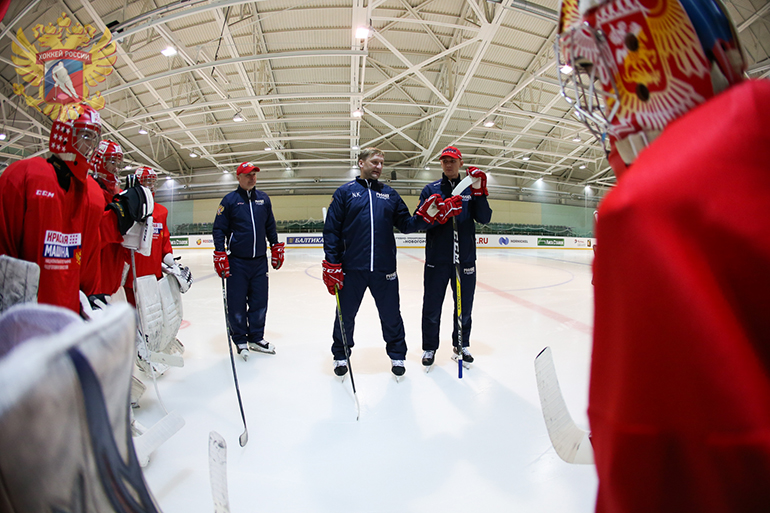 Main
A development camp for goalkeepers of junior Russian national teams started in Novogorsk on February 21.

It is taking place in accordance with the Red Machine National Development Program. It will continue until February 25.

Russian Ice Hockey Federation goalkeeper development coach Nikolai Khabibulin and coach Alexander Kolobkov will be running the camp. Such camps are being held on a more regular basis.

- Candidates, of all ages, for the junior Russian national teams are here. Some of the guys have already competed for the national team at international level this season. At this training camp, we are focusing on skating and positional play. I would like to thank the Russian Ice Hockey Federation and the management group of the Russian national team for paying such great attention to the development of goalkeepers. The Red Machine National Development Program is the correct way in order to develop the sport with everything at hand for coaches.
#Новогорск #Хабибулин Николай Иванович #NHDP Red Machine
Last game
Турнир пяти наций
4 : 0
U17 USA
Russia, Ufa, Ufa-Arena