Russia W and U16 continue to prepare for competitions 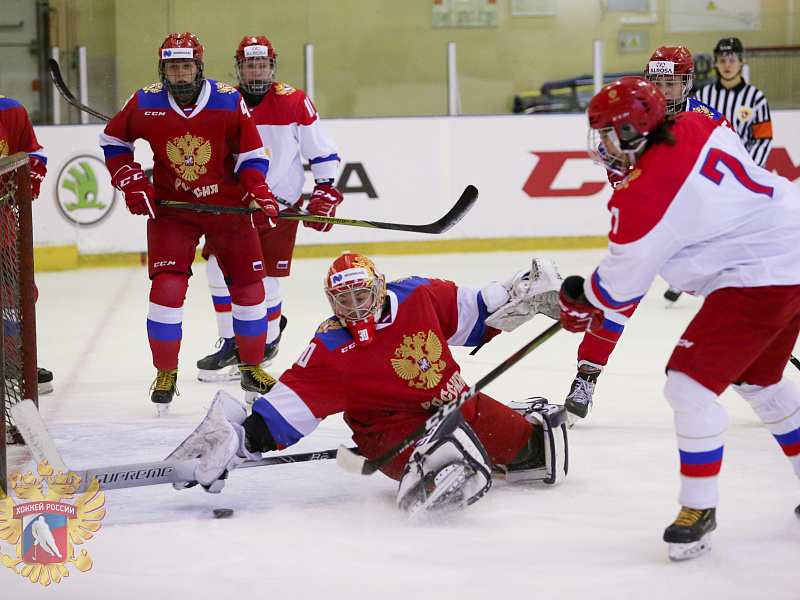 On February 2, the senior women's national team and under 16 side competed in a friendly match against each other, with the latter winning comfortably. The women then won a planned penalty shootout etween the teams.

At the moment, players of the senior women's national team are preparing for the Six Nations in Sweden, while the under 16 team are getting ready for a Four Nations competition in the same country.

- It was an interesting game today, the women are good shooters and they have solid goalkeepers. It was an interesting experience for both of us. In the second period, Matvey Michkov and I were sent to play for the women's team, and they have a great atmosphere on their bench. Now, we've forgotten about the Youth Olympic Games, as we focus on winning the Five Nations in Ufa. We have to work very hard in order to achieve our goals.

- The under 16 players are very quick, it was a good chance for us to test ourselves in defence ahead of upcoming competitions. We have to make quicker decisions on the ice against such fast teams. Personally, if we play with these opponents on a more regular basis, I think that our movement will improve. We have a nice atmosphere within our team, all of us are preparing for the Six Nations in Sweden. We want to win!