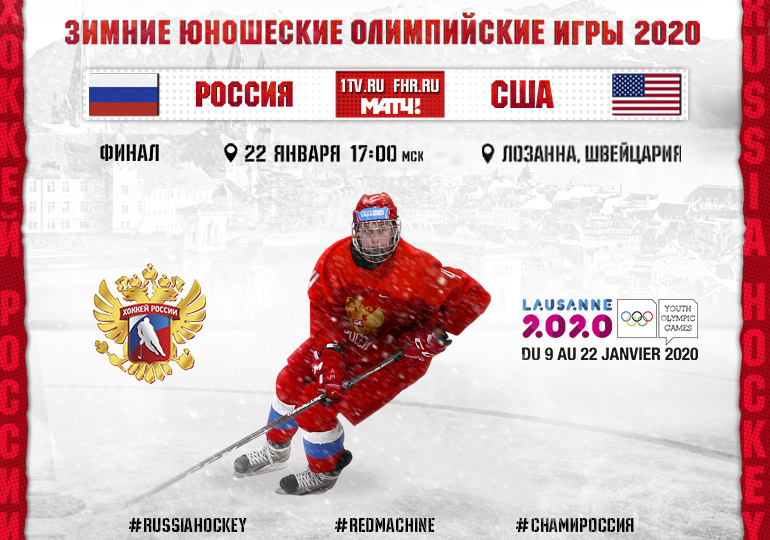 Main
The under 16 Russian national team will compete against the USA in the final of the 2020 Youth Olympic Games in Switzerland.

Previously, our players had defeated Canada (6:2) and Denmark (9:0) in the group phase of the competition.

The Americans, for their part, edged past the Canadians 2:1 in their semi-final to qualify for the show-piece game. The USA are also unbeaten at the tournament so far.