Russia U16 open training before the 2020 Youth Olympic Games 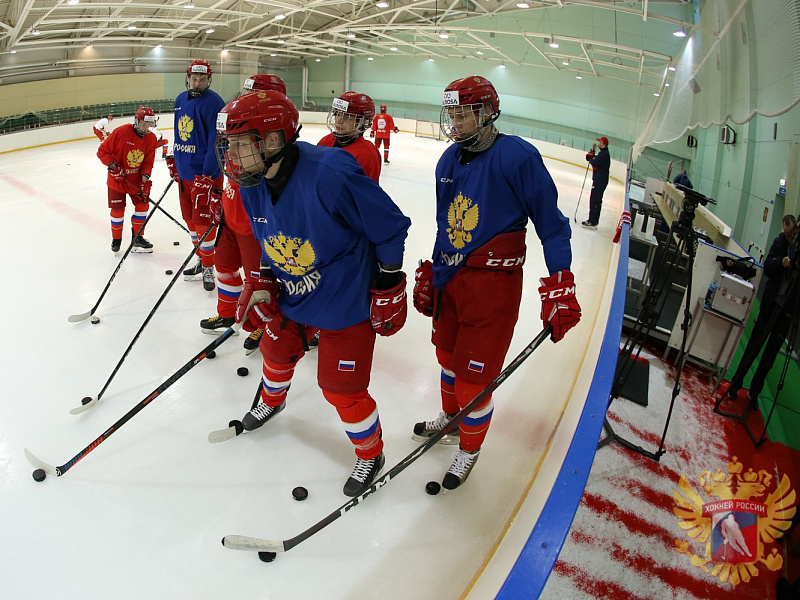 Main
In Novogorsk, ahead of the 2020 Youth Olympic Games, a media day for the under 16 Russian national team took place.

Tomorrow, the team will fly to Switzerland, where the Youth Olympic Games will take place.

On January 21, the semi-finals will be played, before the medal games are held a day later.

- We have held quite a long and productive training camp, we'll fly to Switzerland tomorrow. Our main goal at the competition is to display the high level of ice hockey in our country. On Thursday, when we arrive in Switzerland, we will hold another training session on the ice ahead of the tournament. It will be interesting to play against Canada and the USA for the first time, we will fight to win!

- We feel great ahead of the Olympic Games, we are travelling there to win! For me, it will be my first competition of such a high level, and Vladislav Tretiak pointed out to us that the main thing is to compete with discipline. I know that Canada have a few very talented players, but we will play to win, we are just as good. Great discipline is key.

- It was a good training session today, we focused on our powerplay tactics. We're ready for the Olympic Games, are target is to win gold! Our spirit, determination and discipline are all crucial. All of us have bonded during this training camp. The words from Vladislav Tretiak have given us even more motivation, he told us to play with discipline, not to take silly penalties and not to repeat mistakes of other teams.
#Юниорская U16
Last game
Турнир пяти наций
4 : 0
U17 USA
Russia, Ufa, Ufa-Arena