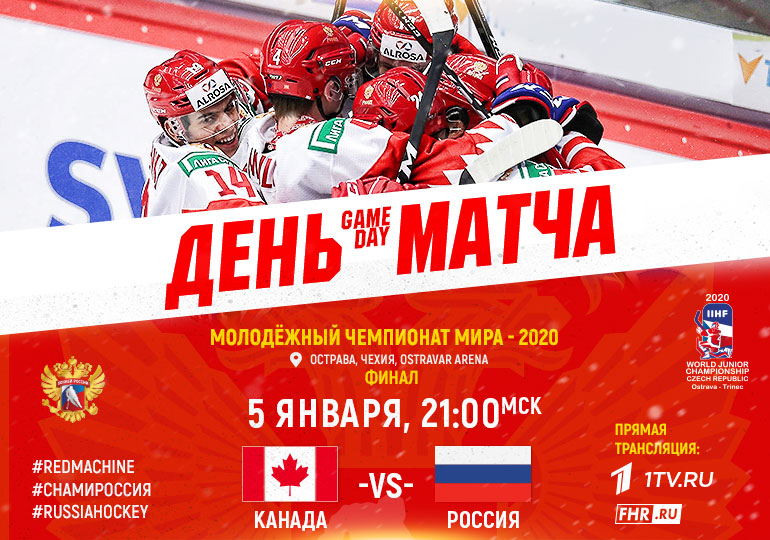 Main
The under 20 Russian national team will face Canada in the final of the 2020 IIHF World Junior Championship in Ostrava, the Czech Republic.

Yesterday, a hugely dramatic semi-final between Russia and Sweden went to overtime, as Ivan Morozov scored the winning goal to secure a pulsating 5:4 triumph and take his country to the gold medal game. Ivan, Alexander Khovanov and Yegor Sokolov - twice - had found the back of the net during regulation time.

Canada, for their part, produced a powerplay display against Finland, powering to an emphatic 5:0 triumph. Four of the five goals were registered during a blowout first period of play.

In the group stage of the competition, the Russians defeated the Canadians in impressive fashion, grabbing six unanswered goals to emerge 6:0 winners.