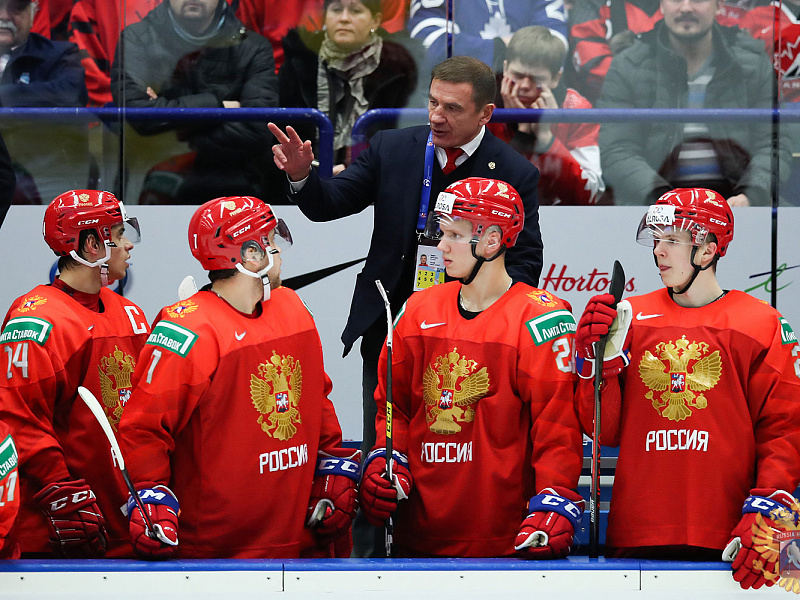 Main
Following the dramatic 5:4 overtime victory against Sweden in the semi-final of the 2020 IIHF World Junior Championship, Valery Bragin, Amir Miftakhov and Ivan Morozov all shared their emotions with the media.

- We played really well today in an aggressive manner. However, while we tried to play in a compact style, we still conceded silly goals. The main thing is that we continued believing in a positive result. At times, our emotions got the better of us, they almost cost us the game. Ivan Morozov? After playing poorly against Switzerland, we had a good chat with him, and it seemed to have an effect. We will play aggressively in the final against Canada.

- I wouldn't say that it was difficult to join the game in the fourth period, I needed to be ready. I could not afford to concede any goals. Without a doubt, this is the most emotional match of my career, even if I was on the bench for the majority of proceedings. I have never felt emotions like this before.

- Yegor Sokolov was our best player today. Was this the craziest game of my career so far? Yes, probably it was. All of us understood that this was our game to win, we deserve to be in the final after all of the work which we have put in. In overtime, it was tricky, the team with the most amount of puck possession will have more space on the ice. We have to win the gold medal tomorrow!
#Молодёжная сборная
Last game
Sochi Hockey Open 2020
1 : 7
HC Sochi Olympic U20 team
Russia, Sochi, Shayba