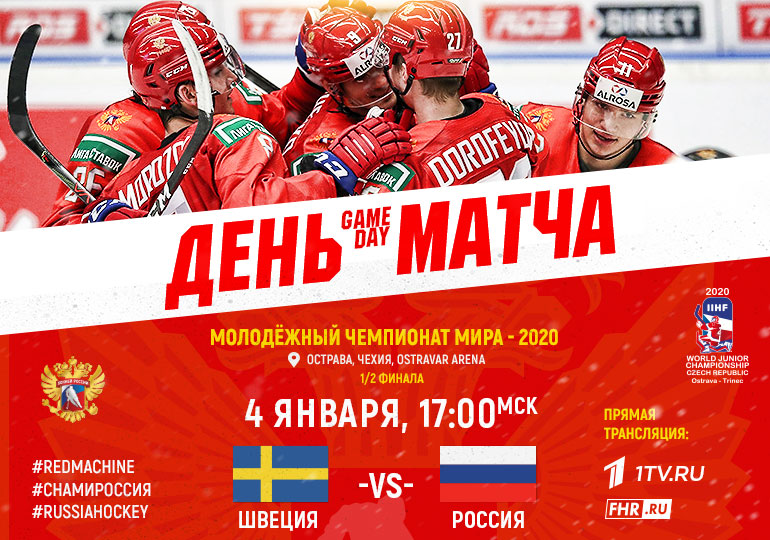 Main
In the semi-final of the 2020 IIHF World Junior Championship, the under 20 Russian national team will face Sweden in Ostrava, the Czech Republic.

During the group stage, Russia defeated Canada 6:0 and Germany 6:1, while conceding defeats against the Czech Republic and the USA. In the quarter-final against Switzerland, the Russians produced a solid performance, claiming a 3:1 triumph with Dmitry Voronkov - twice - and Alexander Khovanov scoring.

Over in their group, Sweden grabbed four wins, beating Finland (3:2 OT), Switzerland (5:2), Kazakhstan (6:2) and Slovakia (6:2). The Swedes subsequently breezed past the host nation, the Czech Republic, 5:0 in the quarter-final.

Rogle forward Nils Hoglander has stood out with 10 (5+5) points.

"The World Championship is the best time of your life. We all believe in each other, and we have a great team. We have to play like we did against Canada and Germany, playing at high speed with the puck. We can beat Sweden for pace," said Vasily Podkolzin.