Reaction after winning bronze at the 2020 World W18 Championship 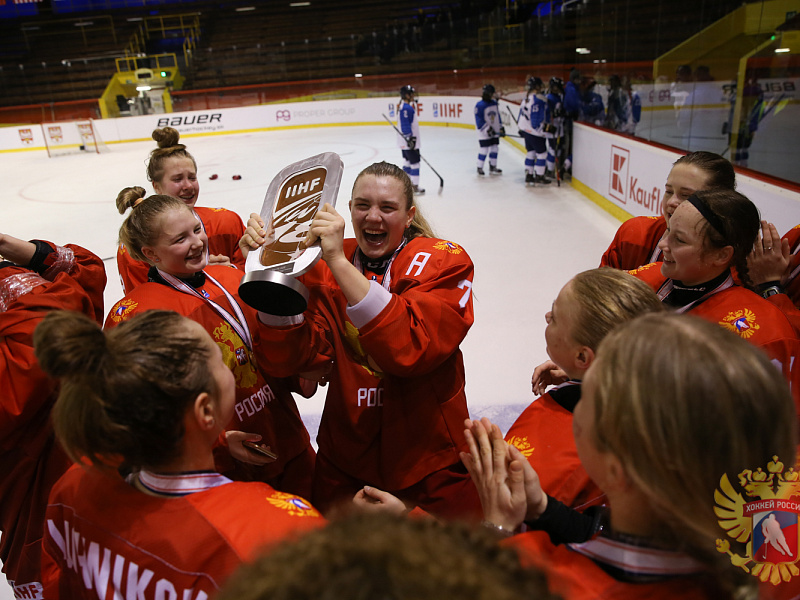 - First of all, I would like to congratulate everyone with the victory, I think that the 6:1 scoreline proves that we deserved to win the bronze medal. Overall, we are satisfied with the performance at this competition, players of all positions showed their capabilities. We are producing more and more creative players. However, the main thing was that the players fought for each other on the ice, they were a united group. Yes, at the moment the North Americans are better than us, but we aren't far behind anymore.

- All of the girls gave 100%, strictly following the game plan. Everyone understood what this match meant. If we look at the tournament as a whole, I think that the players did a great job, we are satisfied with their performances. I am pleased that we aren't far behind Canada and the USA, we are showing that we can compete against them.

- We are all happy that we managed to win! In order to achieve your goal, you have to work hard. We deserved to win this medal. We have the highest possible ambitions, we want to prove that we are the best.

- Finally we have won a medal at the World Championship, I only feel joy! This was probably our best performance of the competition. The score says everything you need to know.

- As a team, we gave everything on the ice, every single one of us is worthy of winning the bronze medal. I have so many emotions!

- This is my third World W18 Championship, and finally I have a medal! I have been waiting for this moment for so long. I am very happy!
#Женская молодежная сборная #Продан Владислав Андреевич #Сырцов Александр Александрович #Маркова Илона Владимировна #Понятовская Вита Константиновна
Last game
Sochi Hockey Open 2020
0 : 9
HC Sochi Olympic U20 team
Russia, Sochi, Shayba