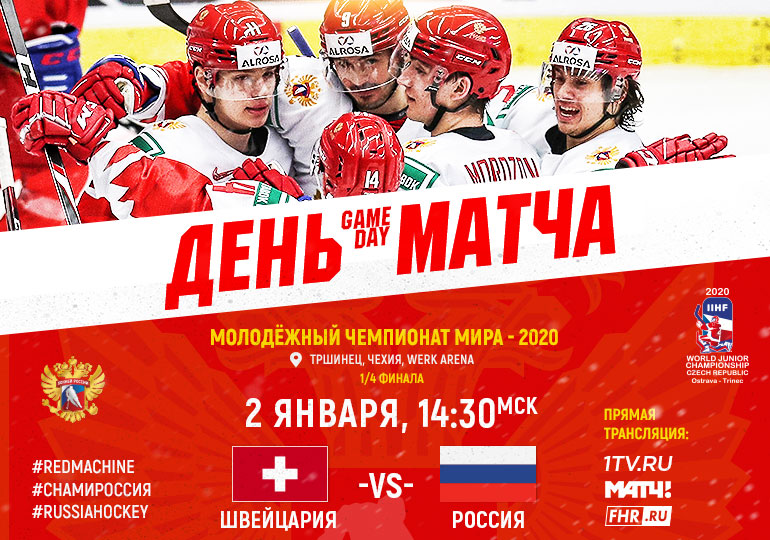 Main
The under 20 Russian national team will compete against Switzerland in the quarter-finals of the 2020 IIHF World Junior Championship in Trinec, the Czech Republic.

Initially, Russia began the Group B campaign with a narrow 3:4 loss to the Czech hosts, before thrashing Canada 6:0 in the second. However, in the third game, our players conceded a disappointing 1:3 loss to the Americans, meaning that a 6:1 beating of Canada was required to qualify for the knockout phase. The Russians finished in third place of the group.

For their part, Switzerland claimed second spot of Group A, beating Kazakhstan (5:3), Slovakia (7:2) and Finland (5:2) while suffering a 2;5 defeat against Sweden.