Russia U18 train in Trinec 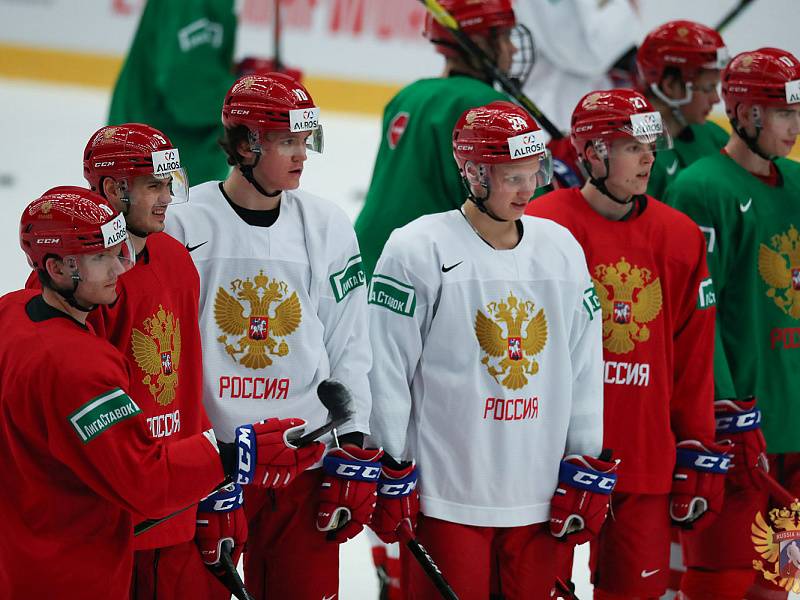 Main
The under 20 Russian national team held a training session in Trinec, the Czech Republic ahead of the upcoming 2020 IIHF World Junior Championship quarter-final against Switzerland.

- Today, we analysed how the Swiss play in both defence and attack, while also working over our powerplay. The result depends on all of our players who will participate in the game. Discipline is crucial. Of course, we respect Switzerland, and we will play on the front foot. We must be aggressive, but in a disciplined manner.

- It doesn't matter who we play against in the knockout phase, all opponents are strong. Switzerland proved this by defeating Finland 5:2. Do I know anyone from the Swiss team? Yes, Valentin Nussbaumer plays in my league, and I know Tim Berni from a Columbus Blue Jackets training camp. I like the arena here more than in Ostrava, the fans are right next to you, just like in Canada. Hopefully, the stadium will be full.
#Молодёжная сборная
Last game
Karjala Cup
0 : 3
Czech Republic Russia