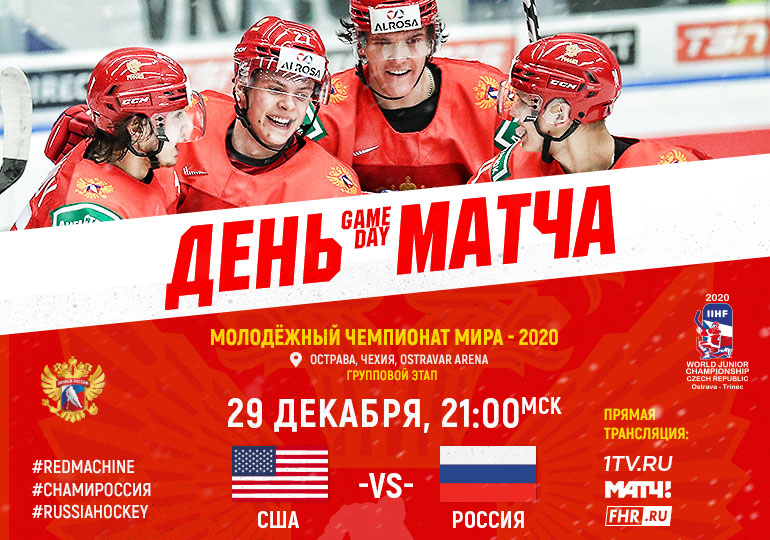 Main
In the third group stage match of the 2020 IIHF World Junior Championship in the Czech Republic, the under 20 Russian national team will face the USA.

Yesterday, Russia claimed their maiden victory at the competition, as Alexander Khovanov, Pavel Dorofeev, Nikita Rtishchev, Nikita Alexandrov, Yegor Sokolov and Grigory Denisenko all scored to earn a thumping 6:0 triumph against the Canadians, with goalkeeper Amir Miftakhov stopping all 27 shots which he faced.

Russia had initially conceded a narrow 3:4 defeat to the Czech hosts in the first game of the tournament. Yegor Zamula - twice - and Vasily Podkolzin had tallied goals in that particular game.

The USA, for their part, suffering a 4:6 to Canada before defeating Germany 6:3.

"We followed the game plan yesterday, achieving a great result in the process. Today, it won't be an easier match at all, we lost a lot of emotions against Canada. Hopefully, we will be able to compete at the same level," said Russian forward, Maxim Groshev after a morning training session.