Russia U20 train in Ostrava 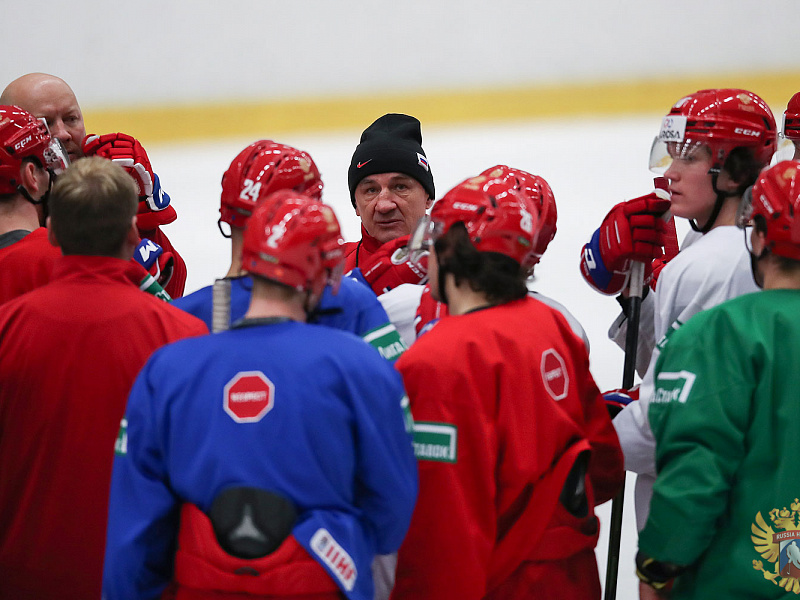 Main
Ahead of the second match of the 2020 World Junior Championship against Canada, the under 20 Russian national team held a training session in Ostrava, the Czech Republic.

- We will hold a detailed analysis of Canada's first match. However, instead of focusing on their game, we need to think about our own. We don't want to regard the opponents as being stronger than us. We have attacking potential. We must play with confidence, despite the opponents' names. In tems of talent and quality, we aren't any worse than them. We can be a lot stronger in terms of team play. We need to move the puck quicker, and that concerns the powerplay too. If the opponents take penalties, we need to punish them.

- First of all, we have to stop taking silly penalties. In the attacking zone, we need to be aggressive, taking more shots. We have big guys who can cover the goalkeeper. The atmosphere yesterday? I don't think it played a role, we were focused on the match itself. We understand that Canada will 100% play with aggression in the opening shifts.
#Молодёжная сборная
Last game
Karjala Cup
0 : 3
Czech Republic Russia