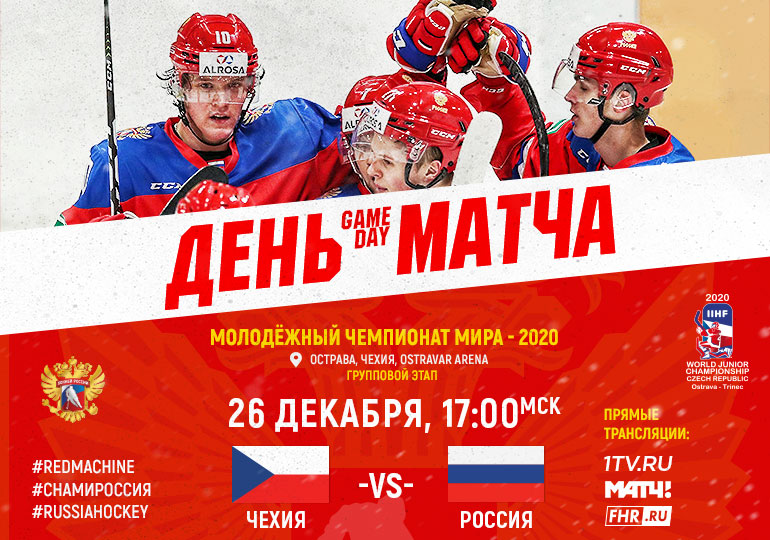 Main
The under 20 Russian national team will compete against competition hosts, the Czech Republic, in the opening match of the 2020 IIHF World Junior Championship.

Recently, the final roster for the tournament was named:

The Czech Republic is one of six nations which has never been relegated from the Elite Division. The last time when the Czechs picked up a medal was in 2005 as they gained bronze.