Russia U18 are returning home 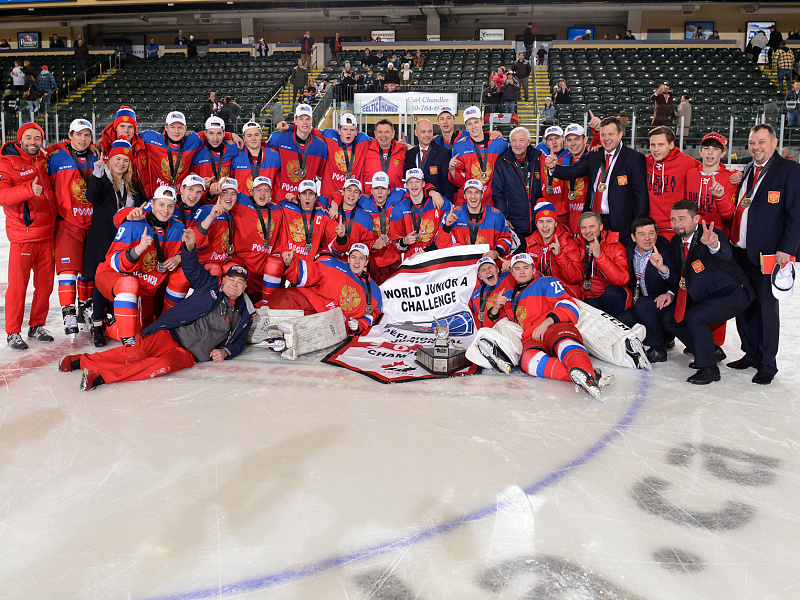 Federation
On December 17, the under 18 Russian national team, who have just won the 2019 World Hockey Challenge in Canada, will arrive in Moscow after travelling home from the competition.

The Russians defeated Canada East 2:1 in the second period of overtime in the final to win the World Hockey Challenge for the first time in history. Russia was the only nation to have players under the age of 18 in its squad. Other teams had players up until the age of 20 in their respective rosters.

On Tuesday 17 December, at 17:00, the team will arrive at Moscow Sheremetyevo Airport on flight KL903 at Terminal E.

We invite fans and media representatives to greet the team!

A press-briefing with the coaching staff and players is planned.