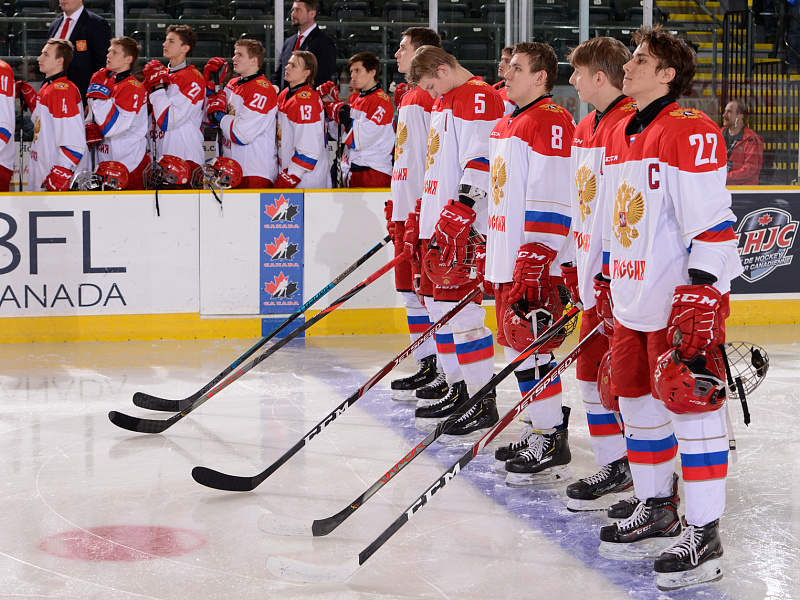 Main
The under 18 Russian national team defeated Canada East 2:1 in the second period of overtime to win the World Hockey Challenge for the first time in history!

Russia eventually made the breakthrough in the 56th minute as Pavel Tyutnev struck gold. However, with only 62 seconds remaining on the clock, Canada East found an equaliser on the powerplay to take the final into overtime.

An overtime which lasted two periods.

In the end, Shakir Mukhamadullin became the Russian hero, smashing a slap shot beyond the goalkeeper on the man advantage to win the World Hockey Challenge for the first time since the competition was created in 2006!

Russia was the only nation to have players under the age of 18 in its squad. Other teams had players up until the age of 20 in their respective rosters.