Ceremony in memory of Nikolai Epshtein at the Channel One Cup 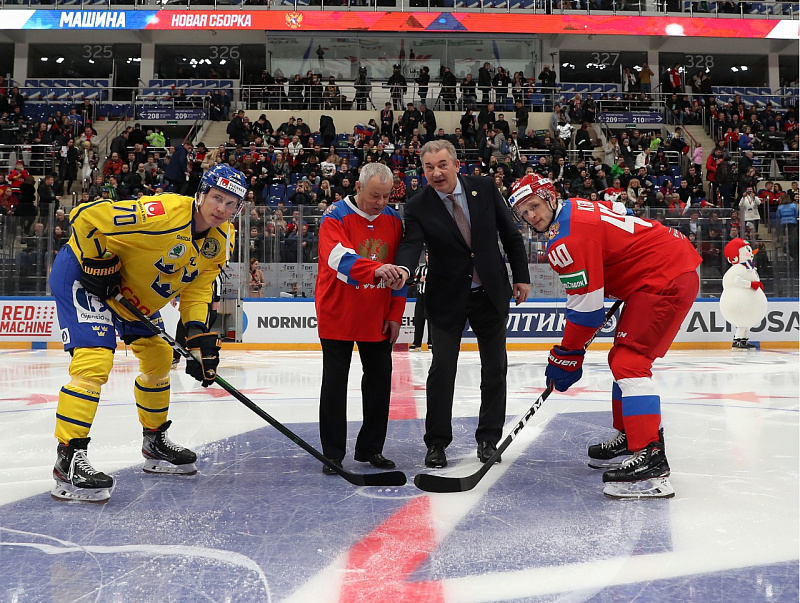 Yesterday, at the opening ceremony of the 2019 Channel One Cup at the Legends Park in Moscow, legendary ice hockey personality Nikolai Epshtein received a special tribute.

Epshtein, the father of ice hockey in Voskrenesk, would have turned 100 years of age on December 27. He passed away on August 25, 2007.

During his glittering career as an ice hockey coach, Nikolai spent 20 years at Khimik Voskresensk, achieving the most amount of success in the club's history and making the entire city love the sport. Plenty of players who initially began their respective careers under his guidance subsequently went on to win the NHL Stanley Cup, the world and European championships and were inducted into the Hall of Fame in Toronto, Canada.

More than 50 people from Voskresensk consisting of veteran ice hockey figures, young players and the city's administration attended the Euro Hockey Tour game between Russia and Sweden at the Legends Park in Moscow. Mark Epshtein, the son of Nikolai, participated in the opening face-off.

"My father dedicated his whole life to ice hockey, so it's great that people remember him and are speaking about him," remarked Mark Epshtein. "It's hard to find another small city like Voskresensk which has produced so many big players and Olympic champions."
#Хоккей России исполняет мечты #Наши Легенды