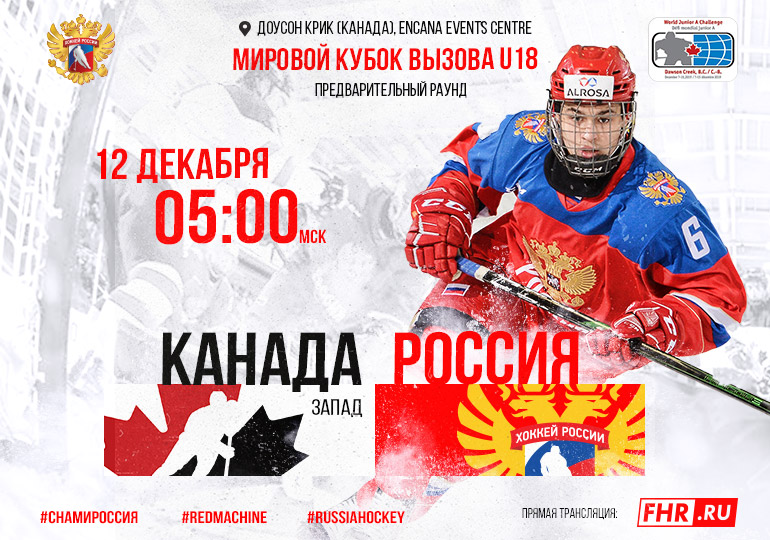 Main
The under 18 Russian national team will continue the campaign at the 2019 U18 World Hockey Challenge with a match against Canada West.

Initially, Russia started the campaign with a gritty 3:2 overtime victory against Canada East as Nikita Kiryanov, Daniil Gushchin and Vasily Ponomarev scored, but the players then conceded a narrow 4:3 defeat to the Czech Republic in the extra frame. Kirill Kirsanov, Daniil Chayka and Pavel Tyutnev scored for Russia in that game.

Puck drop is scheduled for 05:00 Moscow time. You can watch a live broadcast on the following link.
#Юниорская U18
Last game
Турнир пяти наций
4 : 0
U17 USA
Russia, Ufa, Ufa-Arena