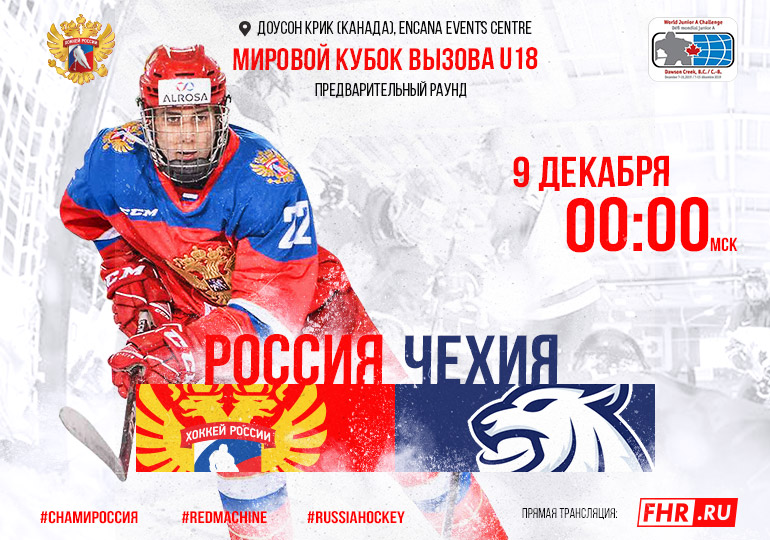 This is the Czechs' maiden game at the competition.

Russia, however, have already played in one game at the tournament, defeating Canada East 3:2 in overtime. Nikita Kiryanov and Daniil Gushchin scored in regulation, before Vasily Ponomarev won the match in overtime.

Puck drop is scheduled for 00:00 Moscow time. You can watch a live broadcast on the following link.
#Юниорская U18
Last game
Турнир пяти наций
4 : 0
U17 USA
Russia, Ufa, Ufa-Arena