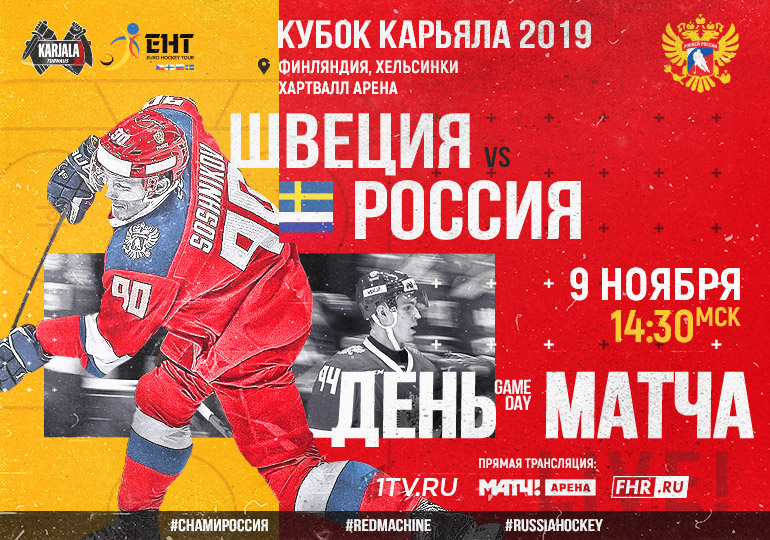 Main
The senior Russian national team will play against Sweden in Helsinki in the second match of the 2019 Karjala Cup - the first stage of the Euro Hockey Tour.

For their part, Sweden had conceded a 1:3 defeat against the Czech Republic in their opening match.

Head coach Alexei Kudashov has already revealed that Igor Bobkov will be the starting goalkeeper against the Swedes.