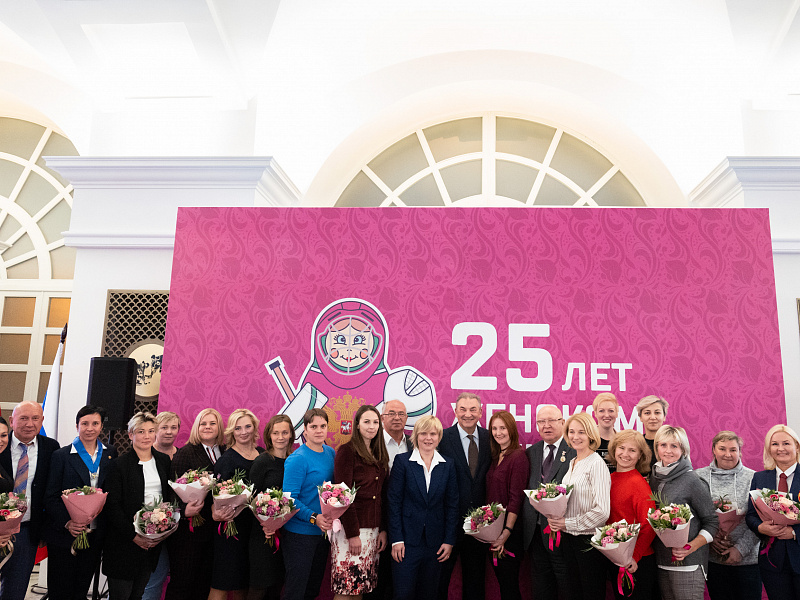 Federation
On October 8, a celebratory evening took place at the Ice Hockey Museum in Moscow dedicated to the 25th anniversary of women's ice hockey in Russia.

In accordance with the event, a "Beauty on the Ice" exhibition was opened which is dedicated to the development and achievements of Russian women's ice hockey, and Russian Ice Hockey Federation President Vladislav Tretiak gave awards and extended his gratitude to guests.

A medal in the name of Anatoly Tarasov was awarded to Valery Shantsev, who founded one of the leading Russian women's ice hockey clubs - SKIF. The organisation has become Russian champions eight times and winners of the European Champions' Cup on two occasions.

During the event, the participants watched a video clip dedicated to the history of the development of women's ice hockey in our country. The evening ended with informal conversation.

- Women's ice hockey has always been important for me, because my mother played Russian hockey and I remember how I tried to break her stick as a child but I couldn't do it - it was made of cane. In 1994, girls switched from ball hockey to hockey with pucks, and they soon began achieving success. Now, they are three-time bronze medalists of the World Championship, and our clubs have won the European Champions' Cup six times. I can say that girls like the sport of ice hockey, I have been to a lot of cities in the country and there are a lot of girls who want to play ice hockey. Our task is to give them that opportunity and to hire specialists and coaches. The Russian Ice Hockey Federation is undertaking a lot of work in this field, and the girls can now feel that they are treated in a different manner. Five-six years ago women's ice hockey was looked upon differently, but now they have a great material-technical base and results depend purely on them. We have a great team and there is a tradition that if girls want to play ice hockey, we will do everything to give them that chance.
#Третьяк Владислав Александрович
Last game
Турнир пяти наций
4 : 0
U17 USA
Russia, Ufa, Ufa-Arena