Alexei Kudashov is the head coach of the Russian national team 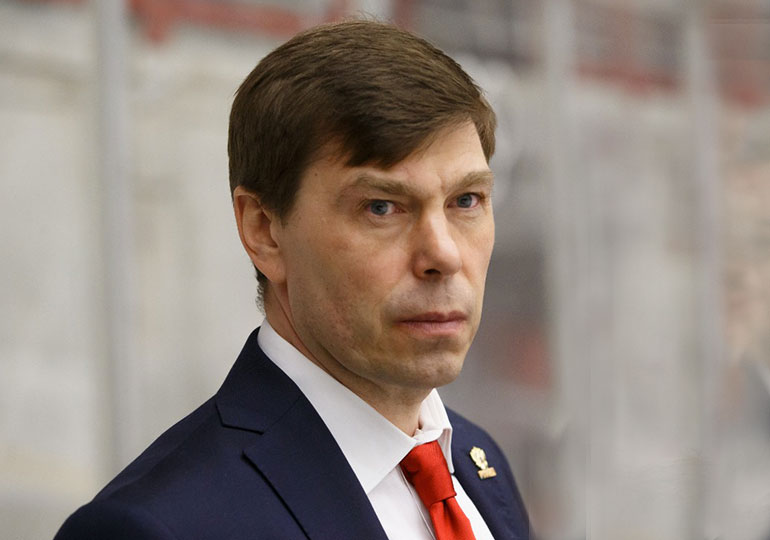 Main
The Russian Ice Hockey Federation informs of changes made to the coaching staff of the senior Russian national team: Alexei Kudashov has been appointed the head coach. Alexei Zhamnov, Anvar Gatiyatulin, Rashit Davydov and Yury Zhdanov remain in the coaching staff. The RIHF emphasises that the coaches working with the national team at the moment meet all of the demands and have achieved the targets which were given.

The RIHF thanks Ilya Vorobyov for his work as the head coach and wishes him success in the future.

Alexei Kudashov was born on July 21, 1971 in Elektrostal. Playing as a forward, he represented Kristall, Krylya Sovetov, Toronto, St. John, Carolina Monarchs, Dusseldorf, TPS Turku, Ak Bars, Dynamo Moscow, Lokomotiv, Khimik and HC MVD. He won a silver medal at the World Junior Championship, while becoming a Russian champion, a KHL Gagarin Cup winner and a German champion. In 2012, he began working as an assistant coach with Atlant before becoming the head coach in 2013. He then coached Lokomotiv and became a SKA coach in June 2028. Alexei won a bronze medal of the 2016 Russian championship and a bronze medal of the 2019 World Championship. He has been a member of the Russian national team's management since April 2018.
#Национальная сборная
Last game
U18 Exhibition games
2 : 5
Belarus U18
Belarus, Minsk, Chizhovka-Arena