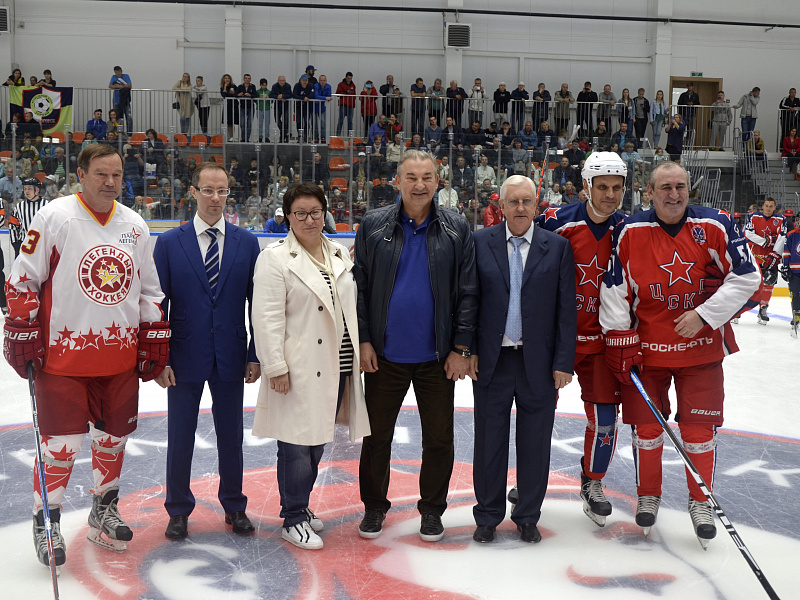 Main
On June 30, a new ice complex was opened in Krasnoyarsk, which will hold the name of legendary Soviet player, two-time Olympic champion and several world champion Vladimir Petrov.

"Vladimir Petrov dedicated his entire life to ice hockey," stated Vladislav Tretiak. "He dreamed of having an academy. I would like to thank everyone who constructed this stadium, our task is to build as many of such arenas as possible so that young players have the chance to play the sport. Ice hockey is national pride."
#Третьяк Владислав Александрович #Петров Владимир Владимирович
Last game
III Winter Youth Olympic Games
9 : 0
U16 Denmark